Is safely generated electricity from nukes a pipe-dream or doable?

Posted by: Bulletin Editor December 5, 2014 Comments Off on Is safely generated electricity from nukes a pipe-dream or doable?

The first electricity ever made using nuclear power was created just before Christmas in 1951 at the Argonne National Laboratories in Idaho using the EBR-I fast-neutron reactor. That reactor was the brain-child of Canadian Walter Zinn. 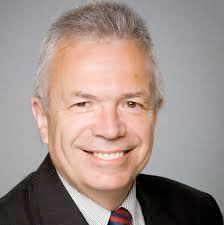 The closed fuel cycle was subsequently worked out and demonstrated by  another  Canadian, Chuck Till, again at the Argonne Labs, using the EBR-II fast-neutron reactor and fuel cycling in a unified combination he called the IFR, for Integrated Fast-neutron Reactor. Now is the time for us to repatriate those achievements and adopt them in Canada, and use them in Pickering to recycle Pickering’s 15,000 tons of spent CANDU fuel.

PARC would begin by recycling the 15,000 tons of used nuclear fuel into usable fast neutron reactor fuel rather than burying this resource. PARC would eliminate the need to transport high-level radioactive waste through our streets by recycling right at the reactor site.

PARC would eliminate the long-term radiotoxicity of the spent fuel, of plutonium and the other transuranic actinides. PARC would produce over 100 times more non-carbon energy from the used fuel than was extracted by our CANDUs already. It would produce $1 billion of electricity from every single ton of spent CANDU fuel. Such fuel is certainly not waste.

PARC would introduce a rapidly-load-following reactor technology, one with the ability to complement Ontario’s intermittent wind and solar energy production. PARC would stimulate the thermal reactor CANDU technology by demonstrating the elimination of long-term nuclear waste, a major public objection to nuclear power.

How do we start?

PARC would begin by building a recycle facility to turn used CANDU fuel bundles into usable fast neutron fuel.  The technology to do this is well understood today.

The construction of a fast neutron reactor would follow.

There are already over 400 reactor-years of experience with fast-neutron reactors world-wide.

We can obtain a PRISM fast-neutron reactor from General Electric-Hitachi. The PRISM reactor was designed based on the very successful EBR-II that operated without incident for 30 years before being decommissioned.

We currently use GE-Hitachi Limited in Toronto and Peterborough to make our CANDU fuel bundles – so such GE-Hitachi co-operation already exists.

The PRISM reactor is being offered right now to the UK to help that country use up and eliminate its stockpile of plutonium. The PRISM is ripe and ready to tackle our spent CANDU fuel in Pickering.

An example of the fuel recycling facility is currently functioning and being further developed for recycling of larger quantities at the Argonne Laboratories. Canadians have expertise in hot cell construction and operations at the AECL in Chalk River, and in extensive fuel preparation with companies such as CAMECO in Port Hope.

So we can build.

That’s why I say the facilities could be put in place today. The components are all available now; they don’t have to be researched and developed

We have six years to accomplish the PARC in Pickering before the reactors shut down.

It is do-able. It is nuclear waste management at its best.

The EBR-II reactor on which the PRISM reactor is based was tested under full power with station-black-out conditions in 1984. It shut itself down without human or automated intervention, even with deliberately inactivated control rods — 49 times.

It had features that required no power to remove decay heat, the bane that destroyed the Fukushima reactors. Fukushima would not have happened with such a reactor, neither Three-Mile-Island, nor Chernobyl.

We know that CANDU reactors and virtually all existing commercial reactors have a stellar safety record compared to other forms of electricity production, in spite of the three major nuclear accidents.

Safety requirements have been reviewed and become even more stringent with lessons learned from Fukushima.

The fissile plutonium from the used fuel is always in a mixture with fertile non-reactive plutonium and with all of the minor actinides and a good percentage of uranium. The mix is not weapons material.

It has been said that no weapon has ever been built with material from a fast-neutron reactor — other approaches are considered easier.

2014-12-05
Bulletin Editor
Previous: Seeds of Destruction: Hijacking of the world’s food system
Next: 9 good reasons why we need public review of a Bruce Nuclear deal