In memory of a neighbourhood hero 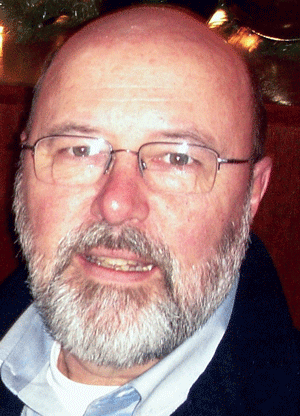 It has been a year since Mike Comstock died of pancreatic cancer last Sept. 22. He was a dear friend to so many on a personal basis and of the entire Downtown community. He was active as an enthusiastic unpaid volunteer, full of great ideas, practical plans and endless enthusiasm. Among his many excellent and selfless contributions, Mike founded The Kitchen at St. Lawrence Market, was president of Toronto Association of Business Improvement Areas (TABIA) and an all-around great guy.

He was also a respected columnist in The Bulletin each month, frequently rankled by the headline the newspaper’s editor (I) crafted so carefully, thoughtfully and (I thought)  almost perfectly above his column.

His last year was spent in many activities, despite the weakness brought on by his cancer. He knew his time was short and was not only stoic about that inevitability, but also determined to continue contributing as much as possible.

Mike describes his final major ambition which, with some help from outside, will be achieved and fruitful.   —  Frank Touby

I have been trying to cobble a book together about merchants, maybe a eulogy to small, neighbourhood retail. The owner-operated store is an endangered species. Small format business in the future will survive only in clusters of like-minded merchants and products. They can only exist with specific niche products, services and knowledge. E-commerce is biting them in the ass, speculation on small-format property is driving up the already burdensome commercial property tax. Condo developers are keeping the little guy out by not selling the storefronts as condo units.

80% of small retail is gone forever to large format shops. Many have replaced retail with service business and chain stores. We warmly support a solid number of owner-operated pubs and restaurants, where we gain socialization, hold meetings and enjoy the city. We strongly support dry goods, hardware, fashion and discount fashion, books and food presented by power centres, chain stores, big box and supermarket-superstores. There are acres of free parking!

A large number of Downtown condo dwellers drive out of the core to shop. The developers have your postal code info and reams of location studies. City planning defers concern about the location and development of commercial property to the developer and or the councillor looking to score election points with the residents. There is no commercial plan of any meaning attached to the city’s obligatory Official Plan. This means the province has no neighbourhood business plan. But the shopping centre big box, corporate boys have tons of plans to maximize land value, avoid tax on acres of free parking and pull money out of the neighbourhood. The shopping centre has control over the retail mix, which stores you will see and not see and how to keep you shopping long enough that your dog will die in the car.

(Mike and his wife believed in condos and lived in three St. Lawrence Neighbourhood/Corktown-area condominiums over the decades since they relocated from a Beaches house.) — FT

The July 2012 Toronto Life feature article “Trouble in Condoland” landed some good punches at the developers but failed to expose their manipulation of the retail parts of the condo from condo owners, spirit of the charter and the ability to govern the building. Legal firms created misleading charters for builders like Aspenridge’s the Vu Condo and many other new developments, which disconnects the retail use from the physical building. Disconnected with easement language, but without an understandable drawing. I can only imagine the Studio on Richmond condo with the Ontario College of Art as part of the structure. Good luck condo board!

Commercial units seem part of the building but aren’t condominium units, pay no fees for maintenance nor share obligations by the condo corporation. Clever for now, but in the years to come the proximity and complexity will cause legal disputes between the tenant and commercial owners. Oh, the legal firm has seductively, creatively banked many future billable hours!

The Internet and e-commerce is a new phenomena with double-digit growth, making many storefronts into showrooms. It is ironic that e-commerce has put some small shops on an equal playing field with the big e-box, when the owner-operator can also run a sales site. If he is on top of the product the boxes go straight onto Fed Ex trucks parked out back. The last standing neighbourhood retailers will be the most independent, small adaptable sons of a gun in society.

Mike then quotes this from the retail perspectives report on the Portland Acceleration project:

There are significant barriers to retail development in the GTA. Retail land is scarce and prices have risen by over 20% in the last 12 months. Retail lease rates have not increased accordingly.

Population and employment growth has and will continue to spur new retail supply:

• Developers have announced plans for at least three new outlet malls in the GTA, specifically designed to attract high-end U.S. retailers; and

• A new 600,000 square foot shopping centre is under construction at the former stock yards in Etobicoke.

Mike then comments:
Almost every new condominium development in Downtown Toronto includes ground-floor retail, although significant portions of those spaces face long-term vacancy due to the layout and/or neighbourhood.

Planning is one-sided in favour of the large developer. Only big-box developers were asked for comment. The constipated Toronto government can’t help small business because it doesn’t plan for neighbourhood business. To them, it just happens!

Wouldn’t you rather deal with real owner-operator, like this one at St. Lawrence Market?  Mario Aricci is a fun loving and animated merchant of produce and owner of Ponesse Foods. They can trace its beginnings back to the 1800s with a shop run by John Abate, an Italian pioneer. John Ponesse, a nephew, took over from him in the 1920s and changed the store name to his family’s name. He worked here until he was in his 80s. Mario started working in the shop on Saturdays at the age of 10 and picked veggies out in the country on Sundays, a practise Mario now refers to as his daycare. One major change in the last few years has been the expansion of selection. The change from buying volume deals on cases or bushels of potatoes, carrots, tomatoes, onions and the like, gave way to buying a lesser amounts but a wider variety of veggies. Mario was the first to sell fiddleheads in the Market with a season only three weeks long! Mario has a lifetime of learning about produce, and he puts that knowledge into his purchasing to bring you the best in table ready fruits and veggies.

“When you buy from a mom or pop business you are not helping a CEO buy a third vacation home.

“You are helping a little girl get dance lessons, a little boy get his team jersey, a mom or dad put food on the table, a family pay a mortgage, or a student pay for college. Our customers are our shareholders and they are the ones we strive to make happy.

“Thank you for supporting small business!”

Mike did finish the book. His beloved wife, Sharon, is recovering from the heart-breaking loss of her devoted husband and expects in coming months to give final approval to the final edits of Mike Comstock’s fascinating book about our Downtown neighbourhoods and the businesses that give them uniqueness.
We’ll make sure you know when Mike Comstock’s book, his final living contribution to our Downtown, succeeds him. — FT

2013-09-22
Bulletin Editor
Previous: Ontario’s one-room schools and the communities they served
Next: Is Toronto next city in Canada to quit poisoning our water?