If God made you King or Queen, what would you do?

Posted by: Bulletin Editor February 6, 2015 Comments Off on If God made you King or Queen, what would you do?

Carey Kinsolving —“I would get all the ice cream I could and I would buy a lot of puppies,” says Erica, 9.

I think I see the connection, Erica. You obviously like food you can lick and animals that like to lick you.

If kids could vote, Jared, this could be a platform that could take you all the way to the White House.

“If I were king, I would make the queen get out of the castle,” says Trevor, 5.

I predict that one day Trevor will want to build a castle for his queen.

“I would tell everybody that everything was free except houses. I would also tell people that they have to pay the king or queen half of their paycheque 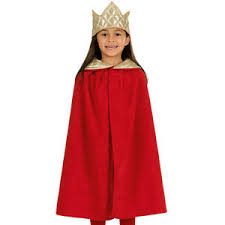 “I would teach people about God and how to pray. I would donate money to hospitals and to New York City,” says Ashley, 8.

“I would give a billion dollars to the United States to rebuild the World Trade Center. I would tell them not to pay me back,” says Hannah Beth, 9.

“I would let people know about the Lord Jesus Christ by giving them Bibles, and I would give all the money to New York and to the poor,” says Christine, 8.

Thank you, Ashley, Hannah Beth and Christine for your compassionate comments. Most people use power to serve their own interests, but some, by God’s grace, use it to help people and further God’s kingdom.

One of my favorite comments about being queen comes from Marjorie, 9: “There would not be any more wars. There would be less work at school and more games. There would be a whole bunch of parties. Everybody would be happy and enjoy each other.”

Marjorie, I believe you’d make a great queen. A kingdom with a lot of parties diverges from Hollywood’s stereotype of heaven. Forget about people sitting on clouds adjusting their halos while they pluck harps. Jesus spoke of a wedding feast. It’s a huge celebration. Make sure you’re on the invitation list.

At the end of the Bible, we read, “Blessed are those who are called to the marriage supper of the Lamb!” (Revelation 19:9). The word “supper” should be translated as “feast.” The invitation list includes all who have trusted the Lord Jesus as their savior. He’s the bridegroom.

“I would probably make people gather and read the Bible. That way, many people would get saved,” says Bailee, 10.

I’m sure your intentions are noble, Bailee, but your method violates the freedom people must have to accept or reject God. We can’t force anyone into God’s kingdom. Forced love is no love at all. God woos us more ardently than any human lover, but he never violates our freedom to spurn his attempts to win our hearts.

If Michael, 11, were king, his method of spreading the good news would be more effective: “I would help the poor. I would try to teach everyone the word of God, and I would tell them about God and his son Jesus.”

Think about this: If God gives you power over people, put his agenda first and watch him work through you in unimaginable ways.

Memorize this truth: “And whatever you do, do it heartily, as to the Lord and not to men” (Colossians 3:23).

Ask this question: How do you use the power that God has given you?

Previous: Only a bridge would help Island airport if Taipei-like crash occurs
Next: Funds support deaf artists and artists with disabilities