Posted by: Bulletin News May 30, 2017 Comments Off on Heroic hounds welcomed into Hall of Fame

Pets have long been considered our most trusted companions and it’s easy to see why. They make our lives feel bigger, better and frequently seem to understand us more than we understand ourselves. This unique intuitive connection between humans and pets is often best exemplified by the heroic animal stories that continue to amaze the world. Today, Purina is thrilled to announce three new canine heroes who have been inducted into the Purina Animal Hall of Fame, each of whom has a remarkable tale about the day they saved their owners’ lives. 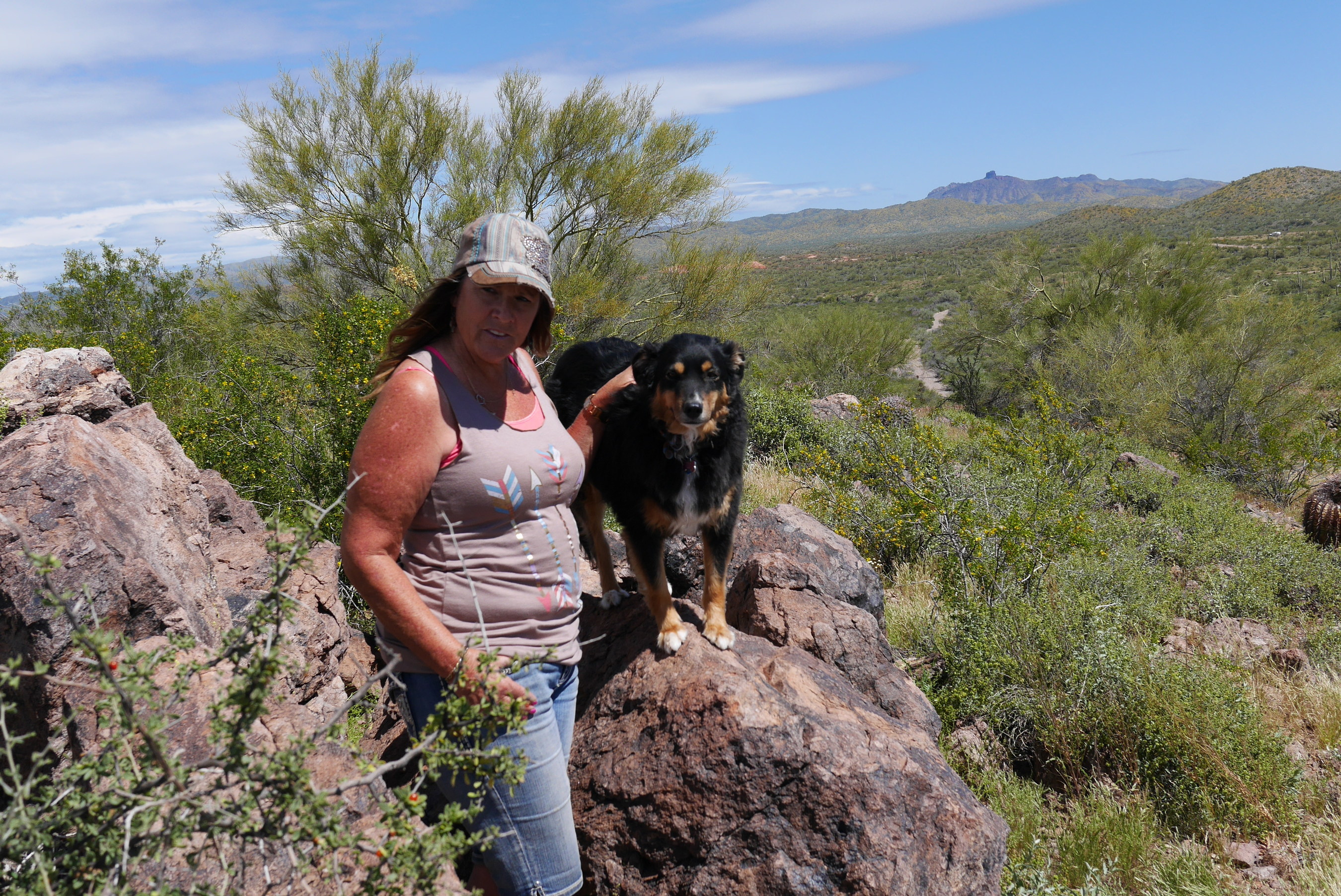 On January 10, 2016, Tracy Matkea embarked on a horse ride while at her family ranch in Arizona, U.S. – where she and her husband visit each winter. Tracy ventured down a dry riverbed with Becky Jo, her trusted sidekick, following closely behind. During the ride, the horse suddenly got spooked and threw Tracy from the saddle and onto the ground knocking her unconscious instantly. Adding to the already perilous situation, Tracy’s foot was caught in the stirrup of the saddle and the horse dragged her unconscious body along the rough desert terrain for almost a kilometer.  Eventually Tracy’s foot came loose and the horse returned to the ranch house without her. A short time after, Becky Jo also returned to alert Tracy’s husband, Butch. She circled the driveway barking repeatedly to warn him that something was terribly wrong. In a panic, Butch hopped onto an ATV and followed Becky Jo for almost five kilometers to find Tracy lying motionless on the ground and bleeding profusely. Butch raced to get Tracy medical attention and she was airlifted to a nearby hospital. Tracy has now made a full recovery and truly owes her life to Becky Jo’s quick thinking and fast action. According to doctors, had she been left bleeding for 10 minutes longer Tracy would have lost her life that day. Tracy always knew that Becky Jo was a smart dog and now knows that it was this intelligence that ultimately saved her life. 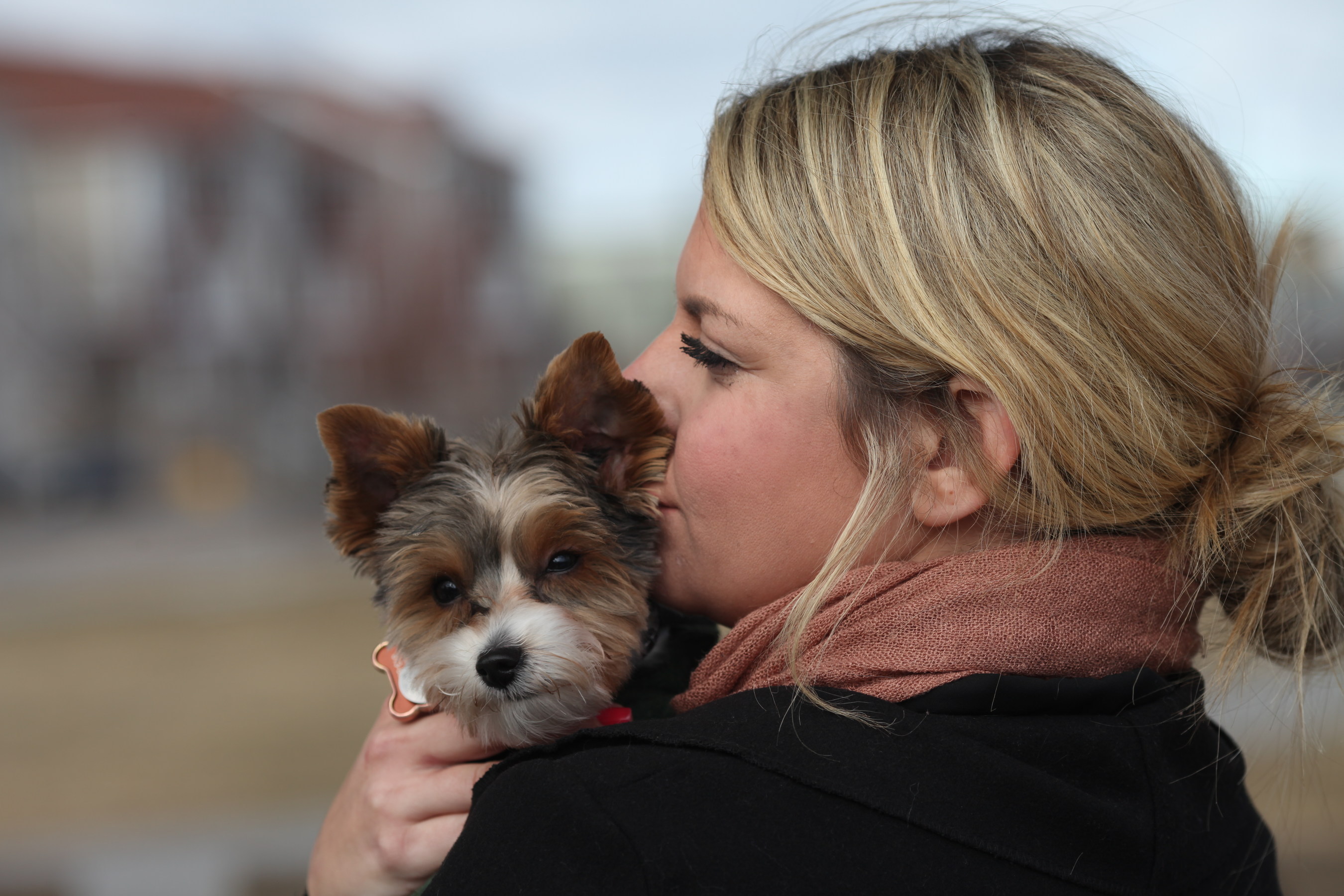 In December 2016, and only 10 days into their new relationship, Brittany Cosgrove brought her recently adopted puppy Leo home to her Vancouver apartment, following a visit to Ottawa to see her family over the holidays. It was New Year’s Eve and after putting Leo to bed, Brittany had settled into a deep sleep herself. Suffering from insomnia, Brittany often didn’t sleep well – but when she did, it was quite difficult to wake her. At 2 a.m., when Brittany woke to the startling noise of Leo aggressively barking, she knew he must have been trying to get her attention for a while. Puzzled as to why Leo was behaving this way, Brittany got out of bed to investigate. This was very much out of character for Leo who, until this point, had been a very quiet and reserved puppy. It was only when Brittany attempted to go into her bathroom – which neighboured the very bedroom she had been sleeping in minutes before, that she discovered flames dripping from the walls and ceiling. Frightened by the fact that this fire had not set off any alarms, Brittany frantically reached for her phone to call the fire department. As the blaze grew, Brittany grabbed Leo and fled from her apartment. Shortly after, the fire had taken over the whole apartment complex, forcing 30 other residents from their homes and severely damaging the entire building. Thankfully everyone escaped unharmed – and it was Leo’s persistent barking and perseverance to wake Brittany that began this crucial chain of events. His keen intuition to recognize the dangerous nature of the fire – new sights, sounds and smells he had never encountered before as a puppy – is what led everyone to safety. Losing nearly everything she owned as a result of the fire, Brittany left Vancouver and moved back to Ottawa with her mother. Although she has had to start over again, Brittany is forever grateful to have Leo, her heroic puppy, by her side as she looks to the future. 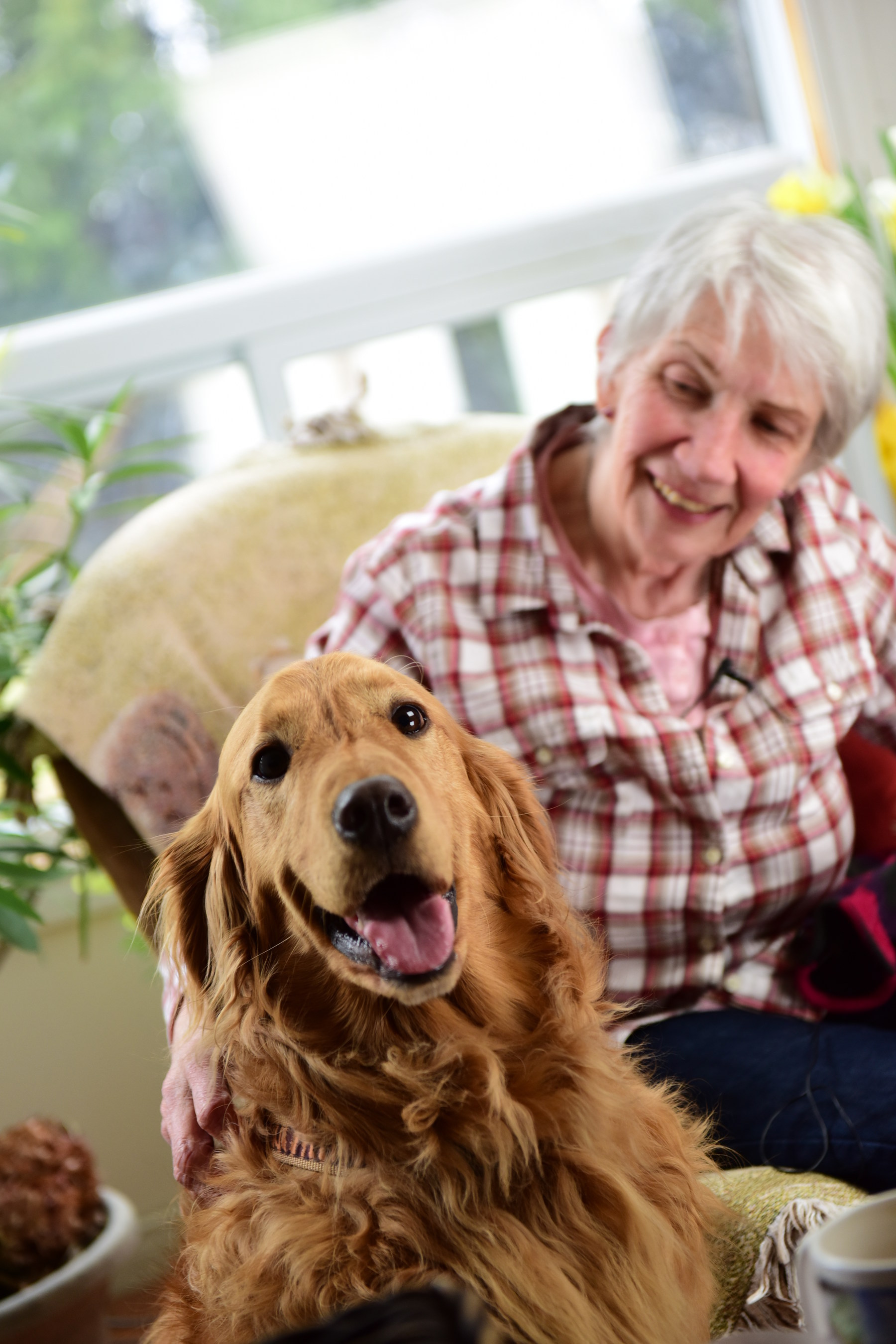 On a cold December afternoon in 2015, Grace Goheen set out for a walk with Skylar in a secluded wooded valley two and half kilometers from their home. Skylar smelled something intriguing and ran ahead.  As Skylar set off to investigate, Grace slipped on the hard ground breaking her hip. In excruciating pain Grace could not get up. Since she had no cell phone to call for help, she attempted the journey back home by pulling her body backwards using her arms. After an hour and from sheer exhaustion, Grace gave up and began to cry from the pain and fear of what might happen if they weren’t found soon. It was getting dark and, having previously heard the nightly howls of bears and coyotes in the area, she was petrified. She unleashed Skylar but based on their incredibly close bond he wouldn’t leave her side. She began to desperately yell for help. Finally, two bright headlights appeared in the distance and to Grace’s relief it was her neighbour Mike who was driving nearby. Grace urgently prompted Skylar to, “go find Mike!” Skylar ran back to the spot where Grace had dropped her mittens earlier, picked one up in his mouth and ran back towards the headlights. Mike understood Skylar was trying to tell him something, so he got out of his truck and followed him – eventually discovering Grace lying injured on the ground. Grace was taken to the hospital, treated for hypothermia and admitted to surgery to fix her hip. Over a year later, Grace has physically recovered – but never forgets how close she came to losing her life. A local police officer felt compelled to recognize Skylar for his heroism – nominating him as a Purina Animal Hall of Fame inductee. After all, it was thanks to Skylar’s intelligence, quick thinking and resourcefulness that led to Grace’s survival in what could have been a fatal night in the snowy wilderness.

“We had the great pleasure this year of visiting the families of Becky Jo, Leo and Skylar to tell them the news in person, that they had been chosen to be inducted into the 2017 Purina Animal Hall of Fame,” Eckersley adds. “What made these pets stand out from the other nominees was the intelligence and intuition each of them exhibited in times of peril, in order to save a human life.”

According to Ragen T.S. McGowan, a Senior Scientist in the Behaviour Group at Purina, dogs are excellent problem-solvers. They have the ability to understand hundreds of words and can recognize hundreds of individual objects and toys. They also have the ability to form strong connections with humans quite quickly. As such, animals who feel close to their owners can feel compelled to go to great lengths in order to protect and defend them in the face of danger.

“This year we saw a record number of incredible stories shared by Canadians looking to recognize the outstanding and lifesaving behaviour demonstrated by their furry friends,” commented Melissa Eckersley, Purina Animal Hall of Fame Ambassador. “The number of heartfelt nominations we receive year-over-year for this program is astounding, so it’s an absolute honour to induct these three amazing dogs, and to be sharing their stories in a new way.”

In addition to unveiling each of the heroic stories at the Purina Animal Hall of Fame exhibit located at Purina PawsWay, Purina paid special tribute to each of the inductees this year within their local communities. For the first time, each inductee was surprised in their hometown and awarded with a medal of honour, a year supply of dog food and a $5,000 gift to help the families as they move on from these life-changing incidents.

“At Purina, we understand that pets and people have a remarkable connection – with both benefitting from positive interaction with each other,” said McGowan. “Dogs that are closely bonded with their human companions often show remarkable motivation to help them during times of need. Just because a dog is capable of solving a problem or assisting a person does not necessarily mean he or she will do so – but when motivated and given the opportunity to tap into their natural abilities, they can accomplish great feats.”

The Purina Animal Hall of Fame is the longest running Canadian program of its kind, honouring outstanding life-saving acts of animal courage and heroism. Initially launched in 1968, 175 remarkable animals have been inducted to-date, including 147 dogs, 27 cats, and even a horse. The three dogs joining the ranks in 2017 were rewarded as a result of their quick-thinking, intelligence and devotion; without which, their owners would no longer be with us.

“If it wasn’t for Becky Jo, I simply wouldn’t be alive,” said Tracy Matkea, Becky Jo’s owner. “I always knew she was a very smart dog, and she went above and beyond to prove it that day when my life was on the line. She is my hero and the only reason I’m still here today.”

For more information about the Purina Animal Hall of Fame, please visit www.purina.ca/HallofFame. To watch videos of this year’s inductee stories, visit www.youtube.com/PurinaCanada.