Posted by: Bulletin Editor May 24, 2013 Comments Off on Harper keeps Canadians unemployed: CLC 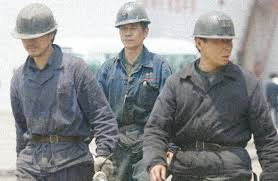 New research conducted by the Canadian Labour Congress shows that in recent years migrant workers are filling most of the new jobs created in the Canadian economy.

“Roughly 75% of the new jobs created in Canada in 2010 and 2011 were filled by temporary foreign workers despite the fact that 1.4 million Canadian residents were unemployed,” says Ken CLC President Ken Georgetti. The CLC research used numbers from the Statistics Canada’s Labour Force Survey and from Citizenship and Immigration Canada.

The federal government was forced in April to make changes to the Temporary Foreign Worker Program (TFWP) after clear evidence that employers were using the program to import vulnerable migrant workers at a time of continuing high unemployment in Canada.

“Employers and the federal government have tried to deny what is happening but we have crunched the numbers and the trends are clear. In most provinces the importation of migrant workers accounts for more than 50% of net new jobs in the years 2008-2011,” Georgetti says. “We believe that employers and Ottawa are using the import of vulnerable migrant workers to promote a low wage strategy in Canada.”

In Saskatchewan, on average between 2008 and 2011, 65% of net new jobs created were held by temporary foreign workers.

In Manitoba for 2011, approximately 70% of the net new jobs created were held by temporary foreign workers.

In Quebec, 90% of the net new jobs created in 2011 were held by temporary foreign workers.

Prince Edward Island created 1,400 net new jobs in 2011, and 42% of these jobs were held by temporary foreign workers.

Georgetti adds, “Let me be clear. We welcome migrant workers when there are demonstrated shortages of workers in Canada, but we want to ensure that those migrant workers are protected on the job and welcomed into the community. They should be placed into the permanent immigration stream, not exploited in temporary migration schemes.”

The Canadian Labour Congress, the national voice of the labour movement, represents 3.3 million Canadian workers. The CLC brings together Canada’s national and international unions along with the provincial and territorial federations of labour and 130 district labour councils. Web site: www.canadianlabour.ca Follow us on Twitter @CanadianLabour

2013-05-24
Bulletin Editor
Previous: How Safe is an Airport Surrounded by Water and Birds?
Next: Consensus reached on Wellesley parkette plans: no off-leash