“Sales activity in the GTA accelerated last month. Compared to last year, a greater number of buyers found affordable home ownership options, as evidenced by sales growth for all major home types. Against this backdrop, however, overall inventory at the end of March remained lower than last year. This means competition between buyers increased, which is why the average selling price continued to climb,” said Ms. Usher.

“With borrowing costs remaining low, and in fact declining, strong home ownership demand will continue to butt up against a constrained supply of listings. Strong price growth will be the result for the remainder of 2014. If the pace of price growth experienced in the first quarter is sustained, TREB may revise its outlook for the average selling price,” said Jason Mercer, TREB’s Senior Manager of Market Analysis. 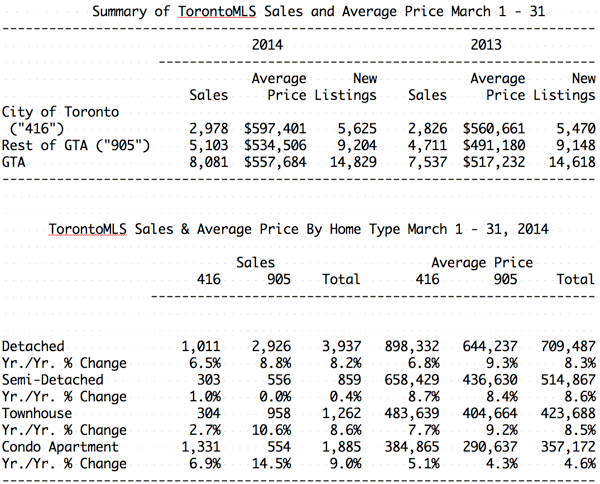