A great view! But will it kill you?

Posted by: Bulletin Editor February 15, 2018 Comments Off on A great view! But will it kill you?

What is the greatest threat to having a heart attack, the nation’s number one killer? Ask this question and most people will answer: “It’s having high blood cholesterol.” Or they respond: “It’s due to hypertension, obesity, diabetes, or a stressful lifestyle.”

But suppose you ask what things will improve the chance of surviving coronary attack? I’d predict that after some hesitation the answer will be having someone nearby to administer cardio-pulmonary respiration (CPR).  But how many will know it depends on the floor you’re living on in a high-rise building? And what should you know about the 26th floor?

I’ve now been living for 35 years in a high-rise condo in Toronto. But my wife and I never considered that whether we chose to have a view of Lake Ontario or the city might be a lethal decision. Now, a report in the Canadian Medical Association Journal by Ian R. Drennan, an advanced care paramedic and his colleagues, says the floor you live on can be a matter of life or death.

Their study shows that more than 400,000 out-of-hospital cardiac arrests occur every year in North America. They add that, “in spite of continued attempts to increase resuscitation care, survival to hospital discharge in most communities remains below 10%.”

They continue, “Rapid defibrillation and high-quality CPR are essential to survival, with an absolute decrease in survival of 7% to 10% for each minute of delay to defibrillation!”

So what can go wrong? Drennan and his colleagues outline a number of obstacles, some just lacking in good sense. For instance, the majority of studies consider the time it requires from the moment a 911 call is placed to how long it takes for help to arrive at a residence. But with a condo, ambulance and fire-fighters face either a flight of stairs or an elevator.

The CMAJ reports elevators pose a significant problem. Barriers to elevators are the main cause of delay. Elevators may be in the process of moving a new resident in, or moving one out. Or it may be rush hour in early morning or late afternoon causing an increase in wait times.

I found it disturbing to read that in 67% of cases the ambulance stretcher could not fit into the elevator!  In a similar number of cases, an entry code was needed for access, or doors to the building were locked. Or a lack of directional signals occurred in 82% of cases. Finally, no one was available to quickly escort medical personnel to the patient.

So who survived? This is not a reassuring story. For those living below the third floor the overall survival rate was 4.2%. It was 2.6% if you lived above this level. But suppose you had purchased a condo above the 25th floor with an eye-catching panoramic view of the city. At this high level there were no survivors!

What’s the message? Life is a game of chance at any time and in any location. But this study shows you may pay a price for a lofty view, namely your life, when chest pain suddenly strikes.

So if you live in a high rise condo, or plan on moving to one, find out the number of barriers that will delay first responders to your floor. See if there are any automated external defibrillators at specific locations nearby that would increase survival. Then learn about instruction for personnel to learn how to use them. The study revealed that bystander use of them was low.

My floor number is not above the 25th. But I admit this was not good planning, just good luck.

Previous: Toronto activities for Family Day fun on Feb. 19
Next: Latest data on city’s King Street war on the car 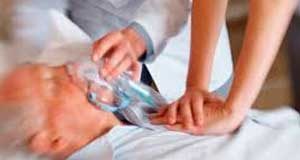 Ways to decrease the risk of heart attack 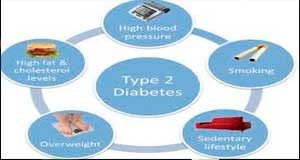 Why would I ever buy a penny stock?