Posted by: Bulletin Editor June 10, 2014 Comments Off on Embracing the Rhone Rangers

“Raise your hand if customers regularly come in and ask for a good Cabernet.”

I recently issued this directive to a group of 40 sommeliers, retailers, and other wine industry insiders from across Washington, D.C. Unsurprisingly, just about every hand shot up.

I quickly spoke again. “Raise your hand again if customers frequently come in and ask for a good Chardonnay.” Again, just about every hand went up.

“Now,” I continued, “raise your hand if a single customer has asked for Grenache or Mourvedre in the past month.” Not a single hand went up.

“What about Carignan? Piquepoul?” While several attendees chuckled, no hands were raised.

The 40 industry insiders had gathered to explore the market’s support for the 22 grape varieties that hail from France’s Rhone Valley. Several dozen wine producers from across the United States who embrace these varieties were in town, so I moderated a panel discussion among eight of them.

I opened with this thought experiment to illustrate how gutsy it is to focus on unusual varieties. Sure, oenophiles recognize that one can only drink so much Cabernet Sauvignon, Merlot, Chardonnay, Pinot Noir, and Sauvignon Blanc. But the average consumer is unfamiliar with — and intimidated by — Rhone varieties like Syrah, Grenache, and Mourvedre. 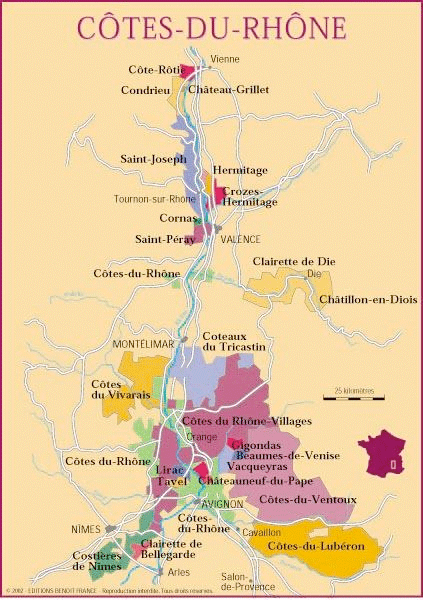 I left with the distinct feeling that things are changing, fast.

While consumers once associated domestic rosé with cheap, sweet “blush” wines like Sutter Home’s White Zinfandel, more and more domestic rosé is dry and refreshing. Many of America’s top pink wines are produced from red Rhône varieties, mimicking the storied rosés of Provence.

Jason Haas, the general manager of Tablas Creek in Paso Robles, California, offered attendees his Patelin de Tablas rosé, a blend of Grenache, Mourvèdre, and Counoise. Haas has increased production of rosé over each of the last several years, but can barely keep up with demand. He’s convinced that because consumers now know that nothing beats a crisp rosé on a hot summer day, they’ll become more comfortable with Rhone varieties.

Last year, wine writer W. Blake Gray made a compelling case that most steakhouse patrons are looking for “a Grenache/Syrah blend, but they want it to be called Cabernet.”

He’s right. At steakhouses, especially, nothing pleases more patrons than a dark, spicy red, without a strong tannic structure. This came up while attendees tasted a Grenache from William Allen, the vintner behind Two Shepherds.

One sommelier attending the panel discussion jumped in to argue that steakhouse patrons have always been asking for Grenache, Syrah, and red Rhone blends — just not by their names. Now that sommeliers almost universally pay attention to customers, he expects restaurant sales of Rhone varieties to rise. Virtually everyone agreed.

Trend-setting consumers are also beginning to look for wines sourced from California’s oldest vineyards, many of which include a host of Rhone varieties. While these wines are typically blends, many are just a single variety.

David Gates, who heads up vineyard operations for Ridge, brought attendees a Carignan from Buchignani Ranch, a site that was planted over about 25 years beginning in 1927. Consumers are flocking to wines like this because they’re jewels of an earlier time and show that there’s more to California than Chardonnay and Cabernet Sauvignon.

Producers who focus on Rhone varieties still have their work cut out for them. But for good reason, they’re increasingly optimistic.

2014-06-10
Bulletin Editor
Previous: How do you entertain an angel? ‘With potatoes,’ says Alex
Next: Is TCHC deliberately blocking people from voting?