2016 was the year of elite comeuppance

Posted by: Bulletin Editor December 31, 2016 Comments Off on 2016 was the year of elite comeuppance

From Brexit to the election of Donald Trump, 2016 wasn’t a great year for elite policy-makers, pundits and prognosticators. Despite voluminous quantities of advising, lecturing, hectoring and finger-wagging, the hoi polloi persisted in making up their own minds. 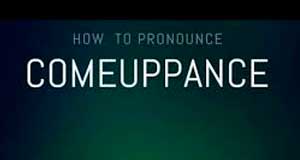 Because life is inherently unpredictable, even very smart and informed people can get it wrong sometimes.

But when they all get it wrong together, you begin to wonder.elites comeuppance

Was it just the confirmation bias that inevitably comes with living and working in a groupthink bubble? Or was there a more fundamental values cleavage in play? While both factors were surely influential, my sense is that the latter is the more important one.elites comeuppance

On a range of issues, the elite perspective has become severely disconnected from that of large numbers of the general population. And the disagreement isn’t merely intellectual. It has also acquired pronounced tones of moral disapproval.

Take the related concepts of nationalism, multiculturalism and immigration. If you get on the wrong side of elite opinion on any of the three, you won’t merely be deemed in error. You’ll be branded xenophobic, bigoted and probably racist.elites comeuppance

For the most part, nationalism has become a dirty word in elite circles. What were once considered virtues – identification with one’s nation, allegiance to its interests and a desire to maintain its distinct identity – have become suspect.

Yes, it’s still permissible to wave the flag at sporting events and celebrate Olympic gold medals. But beyond that, wariness is de rigueur.

In terms of governance, supranational institutions are considered laudable and the subordination of national parliaments is viewed as a feature rather than a bug. Judicially, there are those who argue that international legal norms should be imported into the interpretation of national law, even if they explicitly clash with precedent and the law itself.

Meanwhile, multiculturalism has acquired the status of a fundamentalist religion. It may have begun as a benignly intentioned practical acknowledgement of facts on the ground, but it has morphed into something that virtuous people are expected to aggressively pursue.

As for immigration, those who express any reservations are liable to be labelled nativists. Implicitly, the assumption seems to be that people have a right to immigrate to wherever they want and that refusal to accommodate that right is morally questionable.

However, large numbers of people—even large majorities in some cases – don’t accept these premises. What appears righteously self-evident to elites rings no sympathetic bells for them.

National identity, which implies national control over national space, matters to millions. Brexit campaigners who fought on the platform of restoring United Kingdom sovereignty over laws and immigration found many enthusiastic takers. And when Trump opined that a country that had lost control over its borders wasn’t a real country anymore, elites shook their heads in horror at such demagogic gaucherie – but lots of ordinary folks perceived it as mere common sense.

Then there’s multiculturalism. When it takes the form of respect for other cultures, multiculturalism is an unalloyed positive. If it tickles your fancy, you can even make a plausible case for deliberately injecting cultural diversity into a society where it has previously been absent.

Some people, though, like their countries just as they are. To quote 60-year-old daycare instructor Frida Sommer during the February 2014 Swiss immigration referendum, “We want Switzerland to stay the way it is.” Elite opinion considers such views xenophobic or racist. But they’re not. They’re just different.

Contemplating the wreckage of American election predictions, law professor Ann Althouse asked a pointed question: “I mean, I know the political writers need to keep writing. It’s their livelihood. But why are we supposed to keep reading? It’s been established that you don’t know what you’re talking about. Your game is a fraud.”

I think the problem goes deeper than simply being upended by events. When virtually the entire elite class holds the values of large numbers of people in contempt, something important has been lost.

Perhaps the writer Roger Kimball put his finger on it: “That subtle unspoken contract of implicit trust – between news providers and news consumers, between pedagogues and students, between experts and the rest of us – that bond has been broken, that trust shattered.”

If Kimball is right, there’ll be consequences.