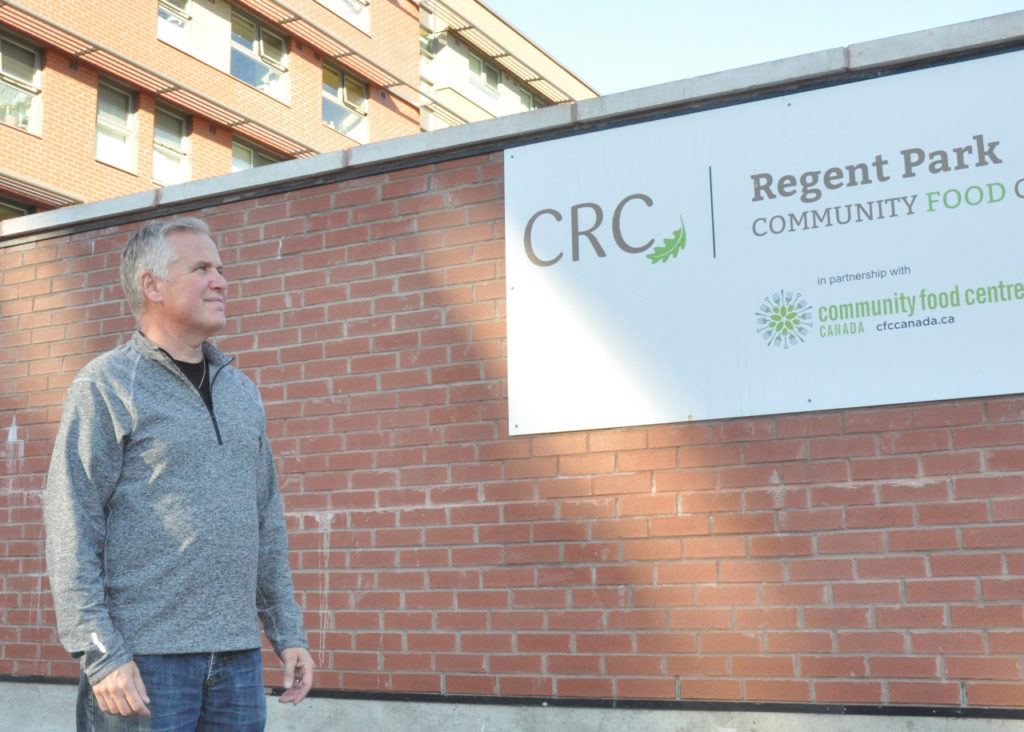 Downtown religious leaders are urging the city to put funding into its Poverty Reduction Strategy.

More than 100 leaders across the city, under the coalition Faith in the City (FITC), have signed a declaration calling on city council to add the funds to its 2017 budget.

Among the signatories is Kevin Moore with the Regent Park Community Ministry at the Christian Resource Centre on Oak St. He’s worked for the past 11 years in St. James Town and Regent Park where he’s seen devastating effects of poverty.

“We as a society need to prioritize people who are falling through the cracks,” Moore told The Bulletin. “In a city with the wealth of Toronto we need to find ways (to help).”

FITC notes Toronto is looking at a 2.6% cut in its 2017 budget. Moore said the city needs to invest about $75 million in anti-poverty strategies “which, in a close to $12 billion budget, is a very small amount.”

Moore spoke of the demoralizing and stressful effect poverty can have on poor families and their children. “We see multi-generational poverty,” said Moore.

“As property values go up certain people gain wealth. It just means that those at the bottom rung of the ladder just get further and further away from having any hope of realizing a brighter future.”

Moore told of children in poverty not eating properly so they’re not learning properly at school. He questioned what a 2.6% budget cut would mean to recreation and support services that children especially need.

Moore spoke of 2 Downtown refugee families he’s been working with. He said they don’t have enough resources to buy food regularly and are being augmented with food hampers.

“Both are just really struggling,” said Moore. “What they’re lacking more than anything else is adequate income, adequate housing. We as a society need to deal with that.”

Downtown Councillor and Deputy Mayor Pam McConnell, who spearheaded Toronto’s Poverty Reduction Strategy, did not respond to The Bulletin’s requests for an interview.