Even with another million square foot (msf) office tower coming to market in the first quarter of 2016, vacancy refuses to budge in downtown Toronto, and remains at a two-year record-low 4.6%, where it’s now sat for the past three quarters, according to Cushman & Wakefield’s Q1-2016 stats released today.

Tight vacancy and remarkable expansionary momentum underscores the continuing powerful attraction of the downtown market as a place for a diverse range of businesses to locate and grow. This in turn has sustained a transformative development cycle that began in 2009 and seven years later shows no signs of letting up. Canada’s largest office market continues to blaze trails, far exceeding the performance of other central markets, including Vancouver. What gives?

“This is a feel good story that just keeps on giving,” said Stuart Barron, National Director of Research, Canadian Markets, Cushman & Wakefield. “At different points since 2009, we’ve predicted higher vacancy against increasing supply, but those concerns have simply failed to materialize. Vacancy remains at a low-water mark — and we’re seeing strong interest across the board for new and older buildings from tenants of all sizes.”

Previous: Her voice was meant for opera
Next: Stig Harvor: Rob Ford was a poor mayor but did help many in the city 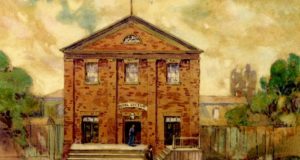