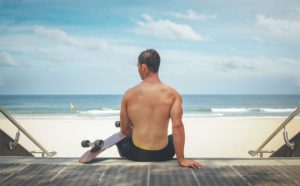 The local sand bars are not the only Canadian sites to win the designation: a record 27 beaches and eight marinas across the country have earned the Blue Flag—a world-renowned eco-certification for beaches and marinas. The latest beaches to fly the flag are Moonlight Beach in Sudbury, Ont. and Outlet Beach at Ontario’s Sandbanks Provincial Park. Colchester Harbour Marina in the Town of Essex, Ont. will also raise the Blue Flag for the first time this year.

“Millions of people around the world look for the Blue Flag when choosing a beach or marina to visit. And there’s a good reason for that,” said Brett Tryon, Blue Flag Program Manager with Environmental Defence. “A Blue Flag means that a beach or marina is clean, sustainably managed, and meets high safety standards. It is truly a symbol of excellence.”

Here is the list of the 27 beaches and eight marinas that have received the Blue Flag in Canada this year:

More details about the Blue Flag program and the certified marinas and beaches can be found at BlueFlag.ca.