Diabetes of the brain: Altzheimer’s & dementia

Posted by: Bulletin Editor January 20, 2018 Comments Off on Diabetes of the brain: Altzheimer’s & dementia

Coconut oil and MCTs are effective for dementia and Alzheimer’s. And using coconut oil instead of vegetable oils protects your brain from degenerative disease.

What you’ll learn about coconut oil and dementia in this article:

In the past few years coconut oil has experienced a reversal of fortune.

It’s gone from being considered an unhealthy fat to being the latest superfood.

In countries of Asia and the South Pacific where coconut is called the “tree of life,” it never went out of fashion.

Populations that traditionally use coconut oil are exceptionally healthy with low incidences of modern diseases like heart disease, cancer and diabetes. (1, 2)

Now the rest of the world is finally coming back around!

One potential use for coconut oil that’s still under debate is as a treatment for dementia and Alzheimer’s.

There is convincing anecdotal evidence that coconut oil can halt and even reverse the progression of degenerative brain diseases.

But does this hold up to scientific scrutiny?

And if not, should you include coconut oil in your diet anyway?

Here’s everything you need to know about how coconut oil uniquely feeds the brain and how effective it is for preventing and treating dementia and Alzheimer’s.

And how important it is for you in maintaining a healthy brain.

First, let’s get this out of the way.

Low-fat diets have been a disaster for our brains.

Some experts believe low-fat eating may be responsible for the recent increase in brain disorders such as anxiety, depression, ADHD, and even Alzheimer’s.

Of all your organs, your brain especially needs fat.

Your brain cell membrane integrity largely depends on the quality of the fats you eat. (3)

And healthy brain cell membranes are critical for brain health and function.

They control what’s allowed in (nutrients) and what gets out (toxins).

Trans fats even condemn your brain cells to shorter lives.

The healthiest plant-based fats are not canola, soy, sunflower, and other seed-based oils like we’ve been led to believe.

These highly processed oils not only contain unhealthy trans fats but are rancid by the time you get them home. (4, 5)

Foods that contain fats that are good for your brain include avocados, nuts, fatty cold-water fish, and olive oil.

But when it comes to healthy brain foods, coconut oil is in a category of its own.

These are larger molecules that are hard to break down and are readily stored as fat.

There are few dietary sources of medium chain triglycerides (MCTs), and the best source by far is coconut oil.

MCTs are critical for the development of the human brain and are found in abundance in breast milk.

People who cook with coconut oil get plenty of MCTs, but they are rare in the typical modern diet.

✓ MCT Oil
Coconut oil’s unique medium chain triglycerides are smaller, more easily broken down, and are available as a backup source of energy for your brain.

Your brain does not store energy so it needs a constant supply.

For most people, most of the time energy is provided in the form of blood glucose.

If your brain cells don’t get the energy they need, they start to die within minutes.

Fortunately, there’s a back-up energy system in place for times you can’t get the energy your brain needs from carbohydrates.

Your liver breaks down stored fat to produce ketones (also called ketone bodies) that can be used as a substitute fuel during times of starvation.

Normally there aren’t a lot of ketones in the body to provide energy to the brain.

One way to access ketones as an alternative source of brain fuel is with a high-fat, low-carb ketogenic diet.

✓ Coconut Oil
Ketogenic diets have been used to treat children with epilepsy for decades. (7)

But not everyone wants to eat this way and it is notoriously difficult to get people with dementia or Alzheimer’s to change their diets.

Coconut oil and its MCTs provide a convenient workaround.

They provide instant energy to brain cells without the assistance of insulin.

Here’s why that’s key to understanding how coconut oil can help dementia and Alzheimer’s.

Alzheimer’s: Diabetes of the Brain

What does this ability of MCTs to fuel the brain without insulin have to do with Alzheimer’s?

As we age, our brains become less able to process glucose as brain fuel.

Alzheimer’s patients’ brain cells have lost the ability to uptake the glucose they need and subsequently die.

This has led to the theory that Alzheimer’s is actually a type of diabetes — diabetes of the brain.

But coconut oil bypasses glucose metabolism, getting energy directly to the brain cells that need it. (8)

By using PET scans, it can be seen that the areas of the brain affected by Alzheimer’s readily take up ketones as an alternative fuel source. (9)

This is very exciting news!

Dementia and Alzheimer’s are often used interchangeably but are not the same thing. Dementia is an umbrella term that describes a set of symptoms. There are over 90 types of dementia. Alzheimer’s is one of them.

The Alzheimer’s Case that Put Coconut Oil on the Map

As a neonatal physician, Dr. Mary Newport was very familiar with the use of MCT oil supplements which are given to premature infants.

When her husband, Steve, developed early-onset Alzheimer’s she understood how the MCTs in coconut oil could bypass glucose metabolism to directly feed his brain.

She included coconut oil in his diet along with supplemental MCT oil with considerable success.

One standard measurement for Alzheimer’s and other neurological disorders is the Clock-Drawing Test.

Patients are asked to draw a clock.

If their clock is missing important details like hands or numbers, it’s indicative of a problem.

Steve took the clock test before starting his coconut oil regime and then again shortly thereafter.

Here are his results.

You can see how his clock renderings dramatically improved after a short time on coconut oil indicating his brain function was improving.

Dr. Newport wrote a detailed account of her husband’s progress and her struggle to get the medical establishment to consider coconut oil and MCT oil treatment in Alzheimer’s Disease: What If There Was a Cure?.

In her book, you’ll note that her husband’s progress was not all uphill.

Over the years he has experienced ups and downs.

But Dr. Newport is certain that coconut oil slowed down the progression of his disease.

Your resolution in 2018:
Peak mental performance

What would your life be like if your thinking was quicker, your attention more focused, and you had energy to burn?

The right brain supplement can do that. And that means you can go longer, get more done, and achieve your personal goals.

We’re very careful about anything we recommend. It must be effective, evidence-based and safe.

This nootropic ticks all the boxes. Take a look at it.

Dr. Newport recommends starting with 1 teaspoon of coconut oil 2 or 3 times a day with food and working up to 3 to 5 tablespoons a day of coconut oil and/or MCT oil.

Signs you’ve taken too much too soon are diarrhea or an upset stomach.

You can download a copy of her Coconut Oil Dietary Guidelines or learn more on her website CoconutKetones.com.

It also reduces diabetic complications such as insulin resistance, retinopathy, and kidney damage. (10)

Dr. Newport has been contacted by hundreds of people who have halted or even reversed their mental decline with coconut oil.

The growing body of anecdotal evidence for coconut oil for Alzheimer’s and other neurological disorders is compelling.

But anecdotal evidence for using coconut oil to treat dementia is not enough for the practice to be endorsed by the mainstream medical community.

What does the latest scientific research show?

Naysayers will say there is no evidence that coconut oil does a thing for your health or your brain.

It’s very likely your doctor will fall into this category if you ask him about coconut oil to treat dementia or anything else.

He might even tell you to avoid it because of the (unfounded) fear that it will raise your cholesterol.

Here’s a sample of findings based on the latest scientific research:

A few years ago there was a lot of excitement about a clinical trial that tested coconut oil as an Alzheimer’s treatment.

Dr. Newport was instrumental in getting this University of South Florida study underway.

This study used Fuel for Thought, a brain-enhancing drink fortified with coconut oil and MCT oil, which was given to Alzheimer’s patients over a period of several months.

Unfortunately, the study was terminated due to low enrollment and lack of funding and results were never published.

How to Get More Coconut Oil Into Your Diet

Unfortunately, it’s easy to get the impression that you should take coconut oil by the spoonful like medicine.

But there is no extra benefit in incorporating it into your diet this way.

Instead, swap it out for unhealthy oils you may currently be using like canola, sunflower, or safflower oil.

You can use it anywhere you normally use butter, margarine, or nut butters.

You can bake, saute, fry and roast with it or add it to smoothies, and the results will be delicious!

Coconut oil is unusual in that its melting point is room temperature — 76°F/24°C.

So you’ll probably find it alternates between being solid and liquid.

The only cooking caveat is to not drizzle it on salads — it will turn into unappetizing little lumps.

Use olive oil, another brain healthy oil, for that.

If someone you know has Alzheimer’s, they understandably may be concerned about going against doctor’s orders if the doctor is not in agreement about coconut oil.

In that case, talk to the doctor about the prescription-only “medical food” called Axona that utilizes MCTs.

You can learn more about it at About-Axona.com.

Coconut Oil for Dementia and Alzheimer’s: The Bottom Line

The anecdotal evidence that coconut oil can stop, slow down, or even reverse mental decline is compelling.

Now a growing body of scientific evidence backs this up.

But don’t wait until this idea becomes mainstream or until you hear it from your doctor.

You will be waiting years, but your brain can’t wait.

Coconut oil is a top brain food that should be a part of a healthy diet anyway.

For this reason alone, there is very good evidence for switching from unhealthy vegetable oils and making coconut oil a mainstay of your diet.

Previous: Healing grows from a flower patch
Next: What can we learn about timing from Jesus? 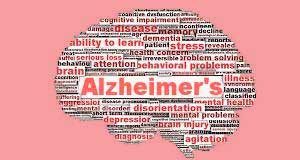