Posted by: Bulletin Editor April 24, 2013 Comments Off on Deal with China serious threat to Canada 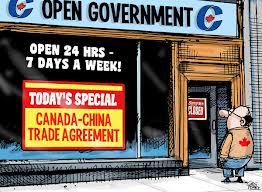 Although Stephen Harper prefers to keep Canadians in the dark about the Canada-China Investment Treaty, this agreement’s grave implications for our sovereignty, security, and democracy, I am hopeful that we can force the issue into daylight. Your letter proves that you recognize the seriousness and urgency of what is about to take place behind our backs.

While the Canada-China Investment Treaty will likely be our most significant treaty since NAFTA, Stephen Harper can ratify the law at any time, without any public consultation, any consultation with First Nations, any Parliamentary debate, or even a single vote in the House of Commons. I do not accept such blatant disrespect for either the will of Canadians or for our democratic institutions.

Sadly, in addition to the anti-democratic process to approve this Agreement, it is the actual content of this investment deal with which I am most concerned. For the first time in Canadian history, the Canada-China Investment Treaty will allow investors (including Chinese state-owned enterprises such as CNOOC or Sinopec), to claim damages against the Canadian government in secret, for decisions taken at the municipal, provincial, territorial or federal level that result in a reduction of their expectation of profits. Even decisions of Canadian courts can give rise to damages. 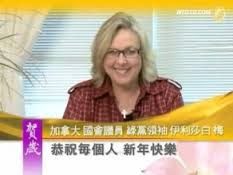 Recently, Canada signed a trade agreement with Benin that has afforded Benin a fair agreement. In February, a bilateral treaty was signed with the African country. In this treaty, Benin was able to negotiate better terms, with more protection, than what Canada negotiated with China. I brought this concern to the House of Commons and asked the government why Canada was not able to negotiate as good a deal as Benin was. You can see my question here.

Realizing what the Conservatives were attempting to do, in secret and without debate, and realizing that we will be bound by this destructive Agreement for up to 31 years once it is ratified, I made a request in the House of Commons on two occasions for an Emergency Debate to allow Canada’s democratically elected Members of Parliament to study the implications of the Canada-China Investment Treaty.

Although both of my requests for an Emergency Debate were regrettably denied, we have not given up and are continuing to pursue all available options to stop the treaty’s approval. Given what is at stake, we hope that you will join us.

In addition to the tools found on our Canada-China Investment Treaty campaign site, I urge you to push back against this sell-out of our sovereignty, security, and democracy, and help to educate Canadians by talking to your friends and neighbours, writing letters to the editor in local and national newspapers, calling in to talk radio shows, and filling up the comment boards of news website.

Crucially, this is not a partisan issue, and it is only by coming together to stand up for Canada that we will succeed in stopping this agreement.

Elizabeth May, O.C., M.P. is Member of Parliament for Saanich–Gulf Islands
Leader of the Green Party of Canada