It is said that the more dumplings you eat around the time of Chinese New Year, the more money you will make.

On Jan. 21 from noon to 3 p.m., join chef and instructor Vanessa Yeung of Aphrodite Cooks for a hands-on dim sum cooking class to tie in with Chinese New Year. The event takes place at the Ralph Thornton Centre (765 Queen St. E.).

Participants will learn some of the traditional recipes that we have come to love and some with modern-day adapted flavours. The menu includes Ginger Chicken Potstickers, Siu Mai (steamed pork and shrimp dumplings), Vegetarian Water Dumplings and Fried Sesame Balls.

Yeung graduated with the Award of Culinary Excellence from the Stratford Chefs School and took a prestigious apprenticeship with one of Canada’s top restaurants, Scaramouche. Since then, she has worked as a research and development chef at one of Canada’s largest food manufacturing companies and as private chef to NHL goaltender and Hockey Hall-of-Famer Ed Belfour.

She has appeared on such television shows such as Foodies, Fearless in the Kitchen and Toronto Dining. In 2014, her original Ginger Chicken Potstickers were crowned Dumpling Duel Champion at Harbourfront Centre’s China Now festival.

Previous: Could Trump save the Canadian dairy industry from itself?
Next: Gardiner pedestrian bridge across Fort York Boulevard 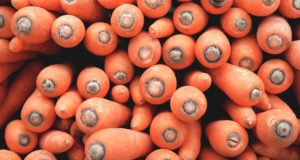