Posted by: Bulletin Editor November 9, 2016 Comments Off on Time to bring free trade closer to home

Howard Anglin —
After harsh words and even a few tears, the on-again, off-again romance between Canada and the Belgian region of Wallonia ended happily with the signing of the Comprehensive Economic and Trade Agreement (CETA) between Canada and the European Union. Why does far-sighted provincial support for international free trade turn into myopic resistance when it comes to similar trade with Canada’s other provinces?

By contrast, the previous federal government had already secured the support of all Canadian provinces for CETA without much difficulty. Canada’s provinces have also endorsed free trade with at least 22 other countries.

A study estimated the annual benefits of free trade among the provinces at $50 billion to $130 billion, or $7,500 per household per year 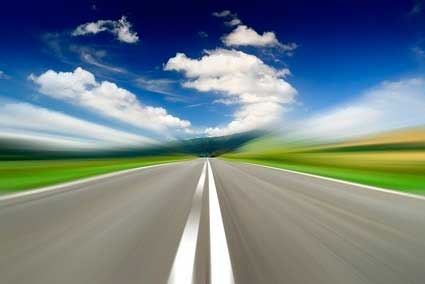 The European Union nations put aside protectionist concerns to trade freely with each other. Is it too much to ask that our provinces unleash the tens of billions of dollars of prosperity that the Fathers of Confederation intended we enjoy?

The tremendous benefits of free trade within Canada would not come as a surprise to our country’s founders. Debates over free trade and trade barriers were as common in the 19th century as they are today. Then, as now, national elections turned on the issue. The framers of the Constitution understood the temptations (and occasional benefits) of protectionism and concluded that Canada would prosper best as a single economic unit, with freed trade between the British former colonies.

George Brown predicted that “[the] union of all provinces would break down all trade barriers between us, and throw open at once … a combined market of four million people.” And Alexander Galt, a fellow member of the Great Coalition government that secured Confederation, believed that one of “the chief benefits expected to flow from Confederation [would be] the free interchange of the products of the labour of each province.”

Their economic vision was codified in Section 121 of the Constitution Act, 1867, which says that “All Articles of the Growth, Produce, or Manufacture of any one of the Provinces shall, from and after the Union, be admitted free into each of the other Provinces.” And yet, for almost a century, a curiously cramped interpretation of this provision by the Supreme Court of Canada in the 1921 Gold Seal case has prevented Section 121 from ensuring the free interprovincial trade its authors intended.

That interpretation went unchallenged until earlier this year, when New Brunswick provincial court Judge Ronald LeBlanc decided that the plain meaning of Section 121 and the weight of historical evidence meant the Supreme Court got it wrong. Applying the original meaning of Section 121, LeBlanc held that New Brunswick’s restriction on possessing alcohol not bought from the New Brunswick Liquor Corp. is unconstitutional in so far as it prevents the free transport of a legally-purchased product between provinces.

This is not just legally correct, it’s good policy. If the restrictions most provinces impose on alcohol were applied to any other consumer good, people would be storming the legislatures. Imagine Ontario setting up roadblocks to stop residents bringing clothes back from a trip to Montreal. Or someone in Nova Scotia ordering a book online from a bookstore in Vancouver and being told, sorry, they can’t legally ship it out of the province. The restrictions on buying beer in Quebec and driving to New Brunswick make no more sense.

It’s not just New Brunswick. Most provinces prohibit B.C. wineries from shipping directly to their residents. And Alberta just introduced regulations taxing craft beer from out of province at a higher rate than Alberta beer. Similar barriers exist in other provinces, many buried in preferential treatment for domestic wines and beers when it comes to shipping, marketing, and sales in provincial monopoly stores.

As Steve Beauchesne, the founder of Ottawa’s Beau’s All Natural Brewing Co., told Bloomberg in May, “It’s far easier to get your beer into other countries than it is to get it into other provinces.” This explains why Beau’s expanded sales into New York State before Quebec, just 15 km away.

If the sovereign nations of the European Union can put aside protectionist concerns to trade freely with each other, and now with Canada, is it too much to ask that our own provinces drop their parochial concerns and unleash the tens of billions of dollars of prosperity that the Fathers of Confederation intended we enjoy?

Howard Anglin is executive director of the Canadian Constitution Foundation, which is supporting challenges to New Brunswick’s liquor law and Alberta’s beer tax. More information can be found at www.freeourbooze.ca.