Toronto is looking at increasing no-parking times on major Downtown east-west streets during morning and afternoon rush hours so streetcars can move faster.

The city’s Transportation Services (TS) is studying increasing times for no parking, stopping or left-turns on Queen, Dundas and College and Carlton. It’s suggesting restrictions from an extra half hour to an hour to keep full road capacity available for vehicles, streetcars and cyclists. 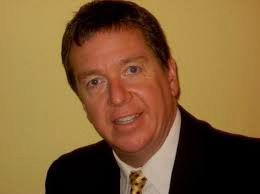 In New York, he says, deliveries are made at a set period of time.
“I think we’ve got to start doing that with the intensification that’s occurring,” says Garner. “How do we use those laneways, what are the delivery times, when are garbage pickups. It needs to be more orchestrated.”

His BIA is looking at deliveries in its Downtown Yonge corridor from Grosvenor to Richmond streets.
“When are our laneways used and can we facilitate a delivery schedule,” Garner asks.

He suggests a Downtown “delivery depot” could be part of the solution where all delivery trucks can drop off “and then it’s facilitated through another mechanism. We’ve got to look at some creative ways to keep the city accessible and allow for those deliveries to occur,” says Garner.

Garner says that as part of Yonge St. revitalization bump-outs—where the curb extends into the road—could be created to serve as lay-bys, or dedicated drop-off sites, for delivery people rather than have drivers pull to the curb and play roulette with traffic enforcement officers.

Businesses have to get their products delivered, says Garner, “but it’s got to be a balanced approach.” With 42 million pedestrians on Yonge on an annual basis, “it’s got to be a complete street that is thought-through for everybody” and supports businesses as well as pedestrians and vehicles, he says.

On a side note, Downtown Yonge BIA would like Yonge between Gerrard and Queen narrowed to two lanes from four.

The BIA, says Garner, will likely recommend to city council not only to narrow the street but make it pedestrian-only.
“The pedestrian experience is number 1 priority for us.”