Over the years I have enjoyed many leadership roles, some of which I have written about in this column. Most of my leadership positions have been as a volunteer in the non-profit sector of the economy: community groups, business associations, youth organizations, etc.

How to lead when you don’t have power

One of the challenges of being a leader to volunteers is that you do not have the traditional inducements of the carrot and the stick. You can’t motivate them with money (since there is no pay), and you can’t threaten to fire them (well, yeah you could, but then you’d have to recruit another volunteer, and in some organizations finding volunteers is difficult). In short, you must motivate with authenticity. The good news is, that once you learn how, you will also be able to use these methods even when you do have the traditional ones. 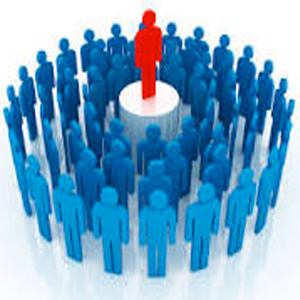 You must motivate with authenticity.

Authenticity is about credibility, it’s about being genuine, legitimate, trustworthy and believable. Today, we have become skeptical by the growing number of scams and con artists. We have all encountered fakes and phonies. When an item of quality becomes popular, you can be sure that a knock-off is not far behind.

Sometimes the quality of the imitator is as good or better than the original. Man-made gemstones are such an example. Today, many gems can be manufactured using heat and pressure, and when finished they are perfect and flawless. While they are chemically equivalent to the original, they are still not the same. They are no longer rare, so they are no longer precious. People still want natural stones, but how can you tell the difference. It is the flaw in the gemstone that proves its authenticity.

When it comes to leadership, that authenticating flaw is vulnerability. Authenticity is simply being who you are. It is not about being perfect; it is about refusing to compromise on value and principles. Making mistakes is a part of learning. An authentic leader is not afraid of failure.

The authentic leader begins by leading by example. He shows his people that he will be as passionate about the organization’s goals as he expects them to be. He places a high importance on building relationships. He is interested in empowering his followers and encourages their own leadership skills. He looks to improve strengths – not criticize weakness.

He has empathy for his followers. An authentic leader will look for opportunities to partner with an individual’s goals, interests, or passions and tie them to the organizational goals. When you are concerned about the goals of the group; people will know and follow. You can’t fake caring.

One of my most fulfilling leadership experiences was as the Cubmaster of my children’s Cub Scout Pack. I took over a small pack with 18 boys that had been losing members for years. The previous leader had done everything by himself for years; he was burned out. He no longer had the time or the inclination to run the group and so eliminated all but the most essential activities.

I wanted to restore the pack and have it doing all the many and exciting activities other packs were doing. In order to do that, I needed more parent volunteers. In order to get more parents, I needed to recruit more kids. That was the easy part. I would go into the schools and show a video of all the fun things boys would get to do as Cub Scouts. Then I would invite them to bring their parents to a meeting and sign up. Most of the parents were looking for a situation where they could drop their kids off then pick them up later. That meant I needed to recruit parents to become leaders.

I recalled a friend and mentor, John Dwyer, who preceded me as the president of our neighborhood association. He came up to me one day and asked me to become the chairman of an important committee. I would not have stepped up and taken on that role if he had not asked me. It turned out that I enjoyed that job, so when it was time for him to step down from the presidency, I volunteered to become the next president. I used that same approach with the Cub Scout pack.

To the group at large, I spoke of growing the pack and restoring all the fun activities. We all had the same goal of creating the best experience for our children. I then formed a committee for each activity, and then one by one, asked individual parents to take on the responsibility of one committee. Pretty soon we had one of the most active packs in the city, which in turn attracted more children and of course more parents. The interesting thing about leadership is that leaders emerge. When people see the benefits of leadership, they are more likely to volunteer. Finding my own replacement became easy. When my sons graduated from Cub Scouts to Boy Scouts, the pack had grown to more than 60 boys. Today that pack’s enrollment is around 200.

When you are an authentic leader and demonstrate how much you care about the goals of the entire group, your followers will be motivated to do more and be more.

Robert Evans Wilson, Jr. is an author, humorist-speaker and innovation consultant. He works with companies that want to be more competitive and with people who want to think like innovators. 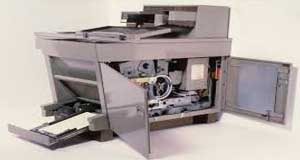