Posted by: Bulletin Editor January 9, 2014 Comments Off on Airport drug bust signals a change in illegal drug use in Ontario

Toronto police and border agents interrupted the activities of a drug-smuggling ring when 24 kilograms of heroin were found Sept. 25, 2013 at Pearson 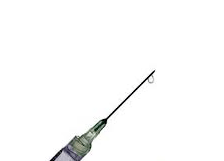 International Airport, woven into carpets. The joint investigation between provincial and Toronto police, working with the Canadian Border Services Agency (CBSA), began in June 2010 after border services agents at Pearson Airport found 15 kilograms of heroin hidden in a similar fashion between the strands of the weave in 27 carpets arriving from Pakistan.

Eleven people, mostly residents of the Greater Toronto Area, aged between 24 and 28, are now facing a total of 76 drug charges. While searching premises, police found more illegal drugs and about $538,000 in cash. Heroin use is a growing problem in southern Ontario, and it is hoped that a successful outcome of this investigation will help to allay concerns about crime and the safety of citizens on our streets.

Ontario Provincial Police Commissioner Chris Lewis said that the amount of heroin found was particularly shocking. “In 35 years on the OPP I’ve never even held a kilo of heroin in my hand and I’ve worked on a lot of investigations; but these are huge numbers, even for Toronto.”

Previous to this, on July 30, 2013, also at Pearson Airport, the CBSA and Peel Regional Police seized a total of 10 kilograms of heroin sealed in plastic wrapped packages discovered on another flight from Pakistan. Police Superintendent Brian Adams said: “Peel Regional Police are dedicated to working closely with the CBSA to combat smuggling and the associated criminal activities it brings to our communities. It’s through cooperation with our law enforcement partners that seizures like this are possible and keep our communities safe.”

This rise in the quantity of heroin being smuggled into Ontario confirms a fear held by front-line drug treatment workers and law enforcement offers since the prescription drug OxyContin was removed from the provincial government’s drug benefit program in February 2012 following reports of widespread abuse.

According to research done at Toronto’s St. Michael’s Hospital, there were over 300 deaths per year related to OxyContin use since its introduction on the Canadian market in 2000. After withdrawal of the drug, prices increased to as much as $20 a pill, and it was expected that something else would fill the gap. Now the substitute for “hillbilly heroin” seems to be the real thing.

Both OxyContin and heroin are derivatives of opium, which provide a rapid, powerful high and are extremely addictive. Use of OxyContin originally eclipsed the less easily obtained street heroin partly because it was available on prescription, but also because its quality was consistent and it carried less of a stigma. It was also cheaper on the black market than heroin.

As the supply of OxyContin dwindles and the supply and price of heroin rises, addicts are put in an increasingly difficult situation that only withdrawal and recovery will end. Of course this has always been the choice, but now the lives of addicts who have not yet beaten the habit are increasingly desperate.

Dr Clement Sun, who runs a network of private methadone clinics in communities across Ontario, is convinced that heroin use is on the rise. “What we’re predicting is the average person… hiding their OxyContin use, they’re going to look for another source. We were watching for heroin, and sure enough the last six months we’ve seen more heroin than we’ve ever seen before.” Before the withdrawal of OxyContin, Dr Sun might have seen a new patient seeking treatment for heroin addiction once every three years; now it’s more like one per week.

The withdrawal of OxyContin first hit the smaller communities of southern Ontario. Detective Constable Michael Van Sickle of the Sarnia Police Service vice branch said in August 2012: “What we are seeing now is a dramatic and sudden appearance in use of heroin. Six months ago, we were not hearing about heroin, nor were we seizing it.”  Nearly two years later, the resurgence of heroin on the streets seems to be widespread and hitting hardest in Ontario’s larger or medium sized cities such as Toronto, Hamilton and Peterborough.

The picture of drug abuse is everywhere dominated by heroin, although the abuse of Fentanyl is also a concern. This is a synthetic opioid analgesic, 500 times more potent than morphine, which is commonly used as a transdermal patch for pain relief in cancer patients and people suffering from migraines. It is therefore commonly found in the home medicine cabinet and abused by experimenting teenagers as a party drug. Users cut up the patch and scrape off the drug, which they then inject, chew or smoke, putting themselves at risk of overdose, as the Fentanyl patch is designed to slowly release the drug into the body over 72 hours. Fentanyl has been implicated in a number of deaths amongst addicts using it as a quick hit.

Just this month, a public warning was issued by Vancouver police following two deaths from overdoses of heroin. One of the victims was a girl of fifteen. The problem of heroin abuse was also given a publicity boost earlier this year following the death of the popular actor Cory Monteith, whom officials have stated died from an overdose of heroin mixed with alcohol. These deaths are only the more highly reported of similar stories that are occurring in our cities daily. It is an increasingly serious problem needing an urgent solution. After the September 25 drugs bust at Pearson International airport, Ontario Provincial Police Commissioner Chris Lewis said that the new regulations covering the use of OxyContin meant that heroin was expected to become the new drug of choice. He said: “With that in mind, law enforcement became more aware of the need to stop large shipments of heroin from coming into Canada. Every kilo of heroin seized is a significant loss for criminals and has a ripple effect on the distribution network all the way back to the source country.”

2014-01-09
Bulletin Editor
Previous: Rogers, Bell & Telus naturally aim to rip us all off for Internet services
Next: Our Innate (Inborn) Intelligence