Taking the air out of Airbnb Toronto

Posted by: Bulletin Editor October 13, 2017 Comments Off on Taking the air out of Airbnb Toronto

Toronto and Vancouver have restricted Airbnb listings to a primary residence. The number of listings is dropping fast

Airbnb Toronto is an online service for “Air bed and breakfast.” It’s for guests who want a cheap place to stay the night, even if it’s on an air mattress.

Since its 2008 launch in San Francisco, Airbnb Torontohas exploded in popularity, boasting a net worth of $31 billion, having hosted more than 200 million guests in over 65,000 cities and 191 countries.

This juggernaut has alarmed hotel owners and workers afraid for their wallets. And it’s inspired some strange demonstrations, even in Canada. In spring 2016, Toronto activists marched through Kensington Market in a mock funeral procession over departed rental housing. The murderer? Airbnb! More short-term rentals meant less long-term rentals, they insisted. Apparently, some people were (gasp) buying properties to profit from short-term rental demand. Such was the accusation of Fairbnb, an anti-Airbnb coalition started by Unite Here Local 75, a union that represents hospitality workers.

Is this really cause for alarm?

An Airbnb report in 2016 showed that 89% of hosts had only one listing and these accounted for 70% of the total listings. The service helped many hosts cover high mortgage or rental costs.

Besides, this is a market-based response to a clear need that would not have been met otherwise. Guests didn’t want the Hilton and they didn’t get it. They got something they could afford from people happy to offer it at that price. Kensington Market’s proximity to the University of Toronto and Downtown hospitals meant Airbnb could benefit thousands of people wanting to visit loved ones without breaking the bank.

Just the same, it was great for the bank accounts of many Torontonians. Airbnb estimates that 450,000 guests spent more than $417 million in Toronto in 2016.

Alas, freedom couldn’t last. In June, Toronto followed Vancouver’s lead and restricted Airbnb listings to a primary residence. Hosts have to pay an annual fee to register with the city, plus a new municipal tourist tax that applies to both hotels and home-sharing services like Airbnb.

Short-term renters have fewer choices and pay more for what remains. In 2016, Kensington Market had 464 listings, including 248 that were entire residences and 216 shared or private rooms.

Airbnb’s enemies still aren’t satisfied. The Greater Toronto Hotel Association wants limits placed on the number of days a person can rent out their own home (it’s 60 or 90 in some cities).

This all means one unfortunate truth: A man’s home is his castle—until he tries to make money off of it.

— Lee Harding is a research associate with the think-tank Frontier Centre for Public Policy. 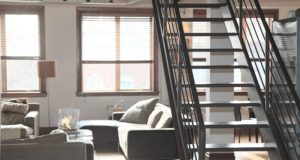