Act II is having Dinner With Goebbels

Posted by: Bulletin News May 19, 2017 Comments Off on Act II is having Dinner With Goebbels 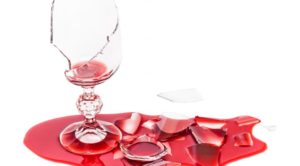 The hit play Dinner With Goebbels, written by Mark Leith and directed by Vrenia Ivonoffski, artistic director of The Estelle Craig Act II Studio, is being remounted, with a stellar new cast, for its fourth run since its debut in 2012. (It enjoyed sold-out houses in 2012, 2013 and 2014.) This chilling play is being brought back now because it sheds light on historical currents which have led to Trump’s post-truth world.

The Estelle Craig Act II Studio is a creative drama centre for adults over 50 at Ryerson University (part of the G. Raymond Chang School of Continuing Education). Its powerful social action works have toured across Canada and to major US cities to very enthusiastic critical reviews. It is an accredited member of the Toronto Association of Acting Studios (T.A.A.S.)