Patient YQNA finally gets off-ramp and park on planning agenda

Posted by: Bulletin Editor February 9, 2016 Comments Off on Patient YQNA finally gets off-ramp and park on planning agenda 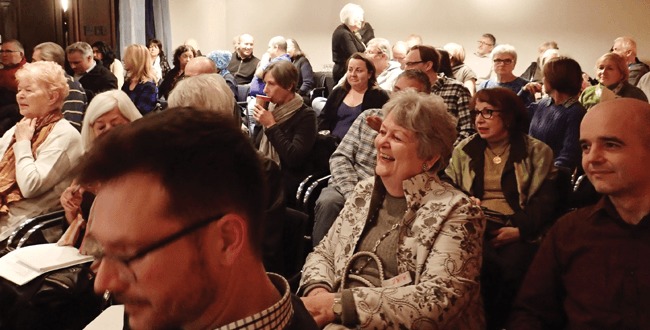 Enhancements to the York St. park should start in 2018.
The YQNA had been in ongoing discussions with various stakeholders to remove the ramp since 2009. While they have had general support of the initiative, some area residents expressed concern about even more construction and taking park space away from the small parkette—Rees Park—to make way for the new off-ramp, not to mention the traffic chaos that might ensue when vehicles coming off the expressway exit onto Lower Simcoe.

“I’m just wondering why you don’t just leave it how it is?” one community member commented. “Right now the GO buses go right off the ramp up York into the GO station. If you have the ramp going onto Simcoe, for one thing you’re going onto a street with bike lanes, and the GO busses will be driving all over the place.”
“And you’ll be cutting into a park with mature trees, Rees St. park, which belongs to the Riviera condos and they are both well used.”

Cressy pointed out that the amount of space lost on the small parkette is being replaced with the York St. Park, which increases park space on Queens Quay. He also added that there are many new residents in the area that may not be fully aware of the past meetings and discussions that have taken place with the community over a number of years with regards to the removal of the York off-ramp.

“The background very much was how we enhance the amount of the public realm space,” Cressy commented. “The amount of space that is being lost on the Rees St. Park is a fraction of the size of the park space we are gaining at York St. This is around increasing the amount park space. The rational here is to expand the total accumulative amount of park space.”

Other concerns were pedestrian safety once the Lower Simcoe off-ramp is opened—especially during events.
“Part of what we need to do going forward toward the detailed design is to look at building the intersection in an urban way,” Brent Gilliard, constituency assistant, stated.

“The kinds of detail we got into when we were talking about redesigning Queens Quay. How are we going to put the zebra stripes in, how long are the crosses going to be, how wide are the sidewalks going to be for people who wait at the corners, what are the sight lines going to be like at the corners? These are the types of questions we want to get right when it comes down to building it. It’s a process that we want to have with you.”

Cressy also shared the news of a $25 million donation from philanthropists Wilmont and Judy Matthews in support of the Under Gardiner Initiative to turn the desolate area under the expressway from Spadina to Strachan into a new and vibrant public space, which will directly impact approximately 70,000 area residents.
Information about these projects can be located on Cressy’s web page joecressy.com or the YQNA page at yqna.ca.