With RRSP deadlines looming, it’s time to think twice about where your money is going

Posted by: Bulletin Editor January 23, 2015 Comments Off on With RRSP deadlines looming, it’s time to think twice about where your money is going

With RRSP deadlines looming, it’s time to think twice about where your money is going.

Rita Bijons has been planning for the future since she became a mother more than twenty years ago. While she thought her investments were socially responsible, it wasn’t until she retired that she really started paying attention to climate change. It was with this critical lens that she revisited her investments and was appalled at what she discovered.

My RRSP Finally Has Climate Impact

When she retired from teaching in 2006 she read the book “The Weather Makers” by Tim Flannery with her son. The two began attending meetings about climate change. Armed with this new awareness, she reopened her 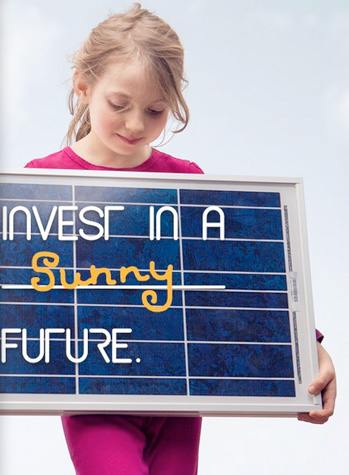 RRSP and was appalled to discover that companies like Suncor and Enercan were part of her portfolio. “It was then that I discovered that the fund’s understanding of the term ‘social investment’ was really shaky and just not up to my standards.”

“These investment companies maintain that as an investor you have a voice at shareholder meetings, which sounds plausible, but if you start looking at the kind of investments they’re making—the galloping forward of developing pipelines and extractions—you’ll realize that they’re actually focused on making the biggest return financially.”

That’s when she turned to impact investing.

Impact investing is a sustainable way to grow your money countering thinking that financial gain has to be at the expense of the environment. A successful impact investment offers tangible social and environmental returns alongside financial ones.

Although impact investing has been around for nearly 25 years, for the most part it has been reserved for high-net-worth philanthropists or large organizations. A new socially responsible RRSP option is looking to change the way people think about investing in the future.

“I’ve been waiting for a sound place to put my money for 20 years” says Rita Bijons, a SolarShare investor. A retired teacher and climate activist, Bijons describes feeling tricked by previous investments. Throughout the 1990s and into the early 2000s she was part of a social index fund that described itself as “best of sector, ” – the fund was prosperous, so she didn’t think twice.

Bijons completely removed her investment from this fund and parked it elsewhere until she could find a better solution. “I wanted to invest in renewables and divest from fossil fuels as early as 2007, but had nowhere to put my money” she says. “I was really disappointed that my bank couldn’t provide a better product, and they just didn’t have the consideration or flexibility to accommodate me.”

Rita’s search for triple-bottom line returns led her to SolarShare and their Solar Bonds. SolarShare is a non-profit co-operative with a mission to develop community-based solar electricity projects in Ontario. As one of Canada’s largest renewable energy co-ops, SolarShare leverages investor money and community engagement to help individuals address climate change and invest in a brighter future. For example, the recent Holtby project cost roughly $2.5 million and now generates $369,000 a year, powers 44 homes, and reduces greenhouse gases by 131 tonnes.

In addition to offering an investment option you can feel good about, Solar Bonds pay a 5 per cent annual return. The bonds are backed by 20-year government agreements under Ontario’s Feed-in Tariff program. Investors own a small slice of the Ontario-based solar projects and have helped generate three million kilowatt-hours of clean electricity. For those keeping score, that will reduce greenhouse gases by 640 tonnes.

It’s clear to Rita that as a society we need to look forward into new energy models and now that Solar Share is RRSP eligible, socially responsible Ontarians can invest and feel good about it.

“As a school teacher, I look into the faces of my students and see a future generation who will be impacted by my choices. Solar investment is not just about money, but thinking ahead and making the right choices, “ says Bijons.

2015-01-23
Bulletin Editor
Previous: Closer to the Heart benefit for Regent Park School of Music
Next: Ontario starting to wake up to bee hazards