Roy McMurtry youth detention facility still dangerous for inmates months after premier and his minister learned of illegal behaviour there. 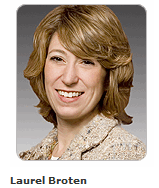 It’s outrageous how the Province of Ontario is abusing young people. Laurel Broten should be fired as Ontario’s minister of children and youth services for sitting on her thumbs. Premier Dalton McGuinty should resign in shame.

If he has any reverence for the Liberal brand, he’d boot Broten from caucus for her nonfeasance.

In November Broten said her ministry was looking into the scandal made public by Toronto Star writer Diana Zlomislic about abuse of young people in the Roy McMurtry youth detention facility in Brampton by Ontario staff and other inmates. The provincial youth advocate had pronounced the facility dangerous.

In December, the Star reported that a teenage Crown witness was put in the same quarters as the group of young men he was to testify against.

Youths reported being punched and kicked by guards, locked in their rooms for days and generally held under unsafe conditions.

Yet as of April, Broten said her staff were drafting plans to address the problems, most of which actually are crimes.

Rather than immediately move a platoon of police officers in to ensure the safety of young people, Broten dawdles about with bureaucrats.

That’s heartless incompetence. When young people, are being abused by public employees, it’s downright evil for a minister to fail to act immediately. Further, 90% of those young inmates haven’t been convicted of any offences.

After Broten is booted from caucus, McGuinty should follow her through the door with his own resignation. Her disgrace is his as well.