The Toronto Ward Boundary Review (TWBR) Final Report will be released on May 16, 2016. The report will provide a recommendation for new wards for the City of Toronto. It will be posted to the City of Toronto’s website with the Executive Committee agenda after 12:00 PM, and may be accessed here.

A public information session will be held at 1:30PM on the day of the release (May 16) at City Hall in Committee Room #2. It will be broadcast live on the GetInvolvedTO Civic Engagement YouTube page.

The TWBR consultant team will be present for the Executive Committee’s consideration of the Final Report on May 24, 2016. Toronto City Council will subsequently consider the report and make a final determination on any changes to Toronto’s ward boundaries. The Executive Committee and/or City Council may defer consideration of the matter to a subsequent meeting.

About the Toronto Ward Boundary Review

Previous: The City of Toronto Historic Sites Events May 19 to June 1
Next: Cabbagetown Garden Tour 2016 to be held June 5th 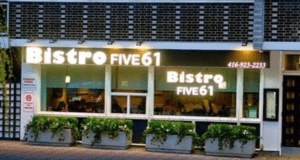