By Federation of Canadian Municipalities – 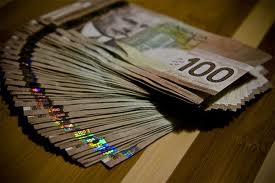 The mayors of Canada’s biggest cities pledge to match new Federal government funding dollar for dollar to rebuild and improve our cities over the next 20 years. We urge the Federal government to match our commitment with new funding to support and rebuild Canada’s cities – from public transit to our roads and bridges, from water pipes to sewer systems.

The Federal government demonstrated important leadership by strategically investing in Canadian cities through successful programs such as the Gas Tax Fund, the Building Canada Fund and the Economic Action Plan stimulus funding. These investments have been crucial for addressing the growing economic challenges facing our nation, and keeping Canada competitive through a global recession. But much of the funding expires by 2014.

Canada’s mayors and municipal leaders promoted, supported and helped implement these programs and want to build on this successful partnership with the federal government. Now there is a pressing need — for all of us — to do more.

In many of our cities, our infrastructure is crumbling, traffic congestion is brutal, and public health is at risk. This is a significant threat to our economy, to attracting new investment, and to the quality of life of all Canadians.

Cities are ready to do our part. We call on the federal government to stay with us as important partners, and support the critical needs that our cities — and our country — face. This is an essential investment to keep Canadian cities globally competitive.

We recognize the financial challenges the federal government faces and will take action to work more closely with this government to invest funds in our local economies. But let’s remember too, that deferred or delayed spending only increases costs dramatically over time, and delays the economic and private sector investment that we need, and that the federal government promotes.  We need renewed action, and commitment, now.

As big city mayors we support the recent long term infrastructure plan submitted to the federal government by the Federation of Canadian Municipalities and call on the federal government to take action. Our first priority is to modernize our crowded and rapidly-aging transportation networks. Growing traffic gridlock costs our economy $10 billion a year. One out of every four roads is congested, and a staggering 50% need immediate repair.

We support the federal government’s commitment to growing the economy and creating jobs for Canadians, and we want to extend the successful partnership we built fighting the global recession.

Collectively, Canadian cities invest $12 billion/year in our local infrastructure. We are asking the federal government to come to the table in Budget  2013 with a $2.5 billion/year investment increase which our cities are prepared to match dollar for dollar.