Tolerance is key to global harmony

Posted by: Bulletin Editor April 6, 2017 Comments Off on Tolerance is key to global harmony

In his book The 7 Habits of Highly Effective People, Stephen Covey tells us that we should “seek first to understand and then to be understood.” Tolerance. It’s one of the key elements in building global harmony.

But how do we achieve it in the digital age? How do we communicate effectively with others when we’re on our computers and cellphones half a world away?

Megan Phelps-Roper grew up as a member of the controversial, homophobic Westboro Baptist Church based in Topeka, Kan. As a young adult, she became an online crusader for her church through social media. In a recent TED Talk, she discussed how this eventually led to her questioning her beliefs and leaving her church community. Much of the change she experienced had to do with the online friends she developed and that those friends exemplified Covey’s principle of understanding.

As a member of the Westboro Baptist Church, Phelps-Roper would engage on Twitter with people she had never met and hostile exchanges would ensue. Over time, however, there would be a shift. Both sides would begin to express genuine curiosity in the viewpoints of the other. The walls came down, genuine friendships began to develop, and Phelps-Roper could no longer believe the “us and them” rhetoric she had been taught since she was a child.

After leaving the church, she reflected on what had happened. What had her friends done to break down the walls of hatred and animosity?

In her TED Talk, Phelps-Roper presented the formula these people had unconsciously followed. Much of it applies to person-to-person relationships but she focused on how it happened online. She provided four very effective guidelines.

First, don’t assume bad intent. Most people believe they’re doing the right thing. Although we need to practise online safety, the number of people who really want to hurt us is actually quite small. As Phelps-Roper says, “When we assume good or neutral intent, we give our minds a much stronger framework for dialogue.”

Second, ask questions. This is a vital piece of any listening strategy. If we want to truly understand another person’s point of view, let them explain it and listen. Interesting things begin to happen when we do this. First, the person feels heard. They also begin to ask us questions and this allows true dialogue to begin.

Third, stay calm. It’s vital that we remain respectful, that we not lash out and say something we may regret later. Phelps-Roper points out that this is actually easier to do online than in person. In social media, we can take a break, walk away, change the subject and come back to the topic when we’re calmer.

Finally, make your argument. We need to present our case. Our views are important and others need to hear them. They may challenge our views but that too is an important part of the process.

The implications of applying Phelps-Roper’s principles are quite astounding. Through social media, we can connect with people on the other side of the world as easily as we connect with our neighbours. This provides an amazing opportunity to build dialogue and global understanding.

When we can see beyond the viewpoint that we’re convinced is right and take the risk of hearing a perspective that we don’t like, good things happen. We may help others to see the contradictory nature of their own beliefs. We may also find that we soften and become more tolerant.

In many ways, the world is becoming smaller. When we keep in mind principles for building understanding, however, it’s clear that there is room for all of us. 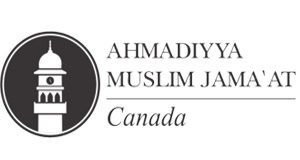