The biggest differences between poker and blackjack

Posted by: Bulletin Editor February 26, 2015 Comments Off on The biggest differences between poker and blackjack

It’s probably fair to say that Poker has enjoyed all the spoils resulting from the mainstream media’s ongoing fascination with casino games.

With the World Series of Poker and similar, big-money tournaments finding a home

on TV schedules, those who earn their crust at the Poker table are becoming, if not household names exactly, then at least minor celebrities, complete with ringing endorsements from big name brands and their own fanbase cheering them on whenever they enter the casino.

Yet behind their more popular brethren, the card counters who pay their way playing Blackjack are doing just fine too, thank you very much. 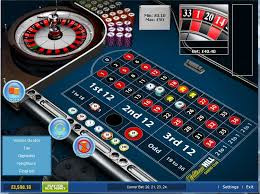 two games. Indeed, for those who’ve never taken their place at a table, both seem to involve nothing more than playing a hand and hoping for the best.

Sure, the differences between Poker and Blackjack may appear to be more than a little subtle on the surface, but take a closer look, and you may well find the two couldn’t be any further apart if they tried.

Poker players get an easier ride

Though this is becoming less and less of an issue since the rise of online outlets like William Hill Blackjack online, those who take the game sometimes known as 21 seriously have traditionally had a harder time in sticking with any single casino for any length of time.

Since you’re playing against the house (more of which later), the house itself isn’t too keen on having stiff competition, and as soon as they start to see you as any real kind of threat, it’s adios, amigos.
As a result, Blackjack players are always on the look out for a new place to play whereas those playing Poker, in which players compete against each other and are encouraged to do so, never really have that problem.

We should probably expand on that a little, especially given that this is perhaps the biggest difference you’ll find on the two games.

As a Blackjack player, your capacity to win is rarely -if ever- affected by your other players. For all intents and purposes, it’s you against the casino, mano e mano, with the ultimate aim being to beat your dealer.

In Poker, it’s your fellow players who really make or break your game. It doesn’t matter how good you are, if those you’re playing with are better, you can forget about that grand prize.

Blackjack is easier to track your progress

When it’s all said and done, the only way you’re really going to know how well you’re doing at Poker is to look at your win/loss record and calculate the cash.

With Blackjack, you essentially have a set system for counting cards that you can keep track of at every stage of the process. This means that, from the first hand you play you have a better idea of how well you’re doing, and whether or not you need to go back, put in a little more practice, and really up your game.