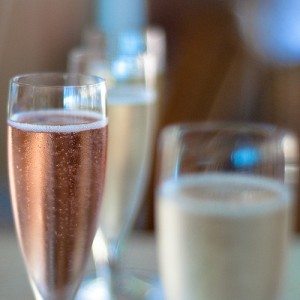 “Wine one is a white wine. It’s clear, star-bright, and there’s no evidence of gas or flocculation.”

Some movies rely on grand battles and epic fight scenes to keep audiences on the edge of their seats. “Somm,” a new documentary from Jason Wise about three students aiming to join the Court of Master Sommeliers, attempts to captivate viewers with wine evaluation. And it succeeds.

When Ian Cauble, a master sommelier candidate, assesses an Australian Riesling early on in “Somm,” it’s impossible to look away. Before even tasting what’s in his glass, Cauble detects notes of “lime candy, lime zest, crushed apples, under-ripe mangos, under-ripe melon, and melon skin.” As he describes the wine, Cauble speaks with the conviction of a preacher and as quickly as an auctioneer. The florid jargon comes out at a mile a minute—and it’s riveting.

During the Court’s final exam—a two-day test divided into three sections—each sommelier is expected to identify six unlabeled glasses of wine by variety, country, district and appellation of origin, and vintage, all within 25 minutes.

Candidates must also pass a verbal theory examination that tests their knowledge of virtually everything in the world of wine, from the regions and villages where grapes are grown to the reasons why some vintages are better than others.

Finally, candidates must impress existing master sommeliers with their service skills. They’re judged on their ability to open and decant wine, speak eloquently about cigars, spirits, and wine-and-food pairing, and even resolve conflicts with unruly guests.

Virtually everyone fails. Fewer than 10 percent of master sommelier candidates pass the final exam. Since its inception in 1977, just 202 professionals worldwide have earned the title of master sommelier. Many exceptionally talented sommeliers never pass. At the most recent seating—held in Dallas in July—just one of 70 candidates succeeded.

It’s no wonder the exam is often described as “the hardest test you’ve never heard of.”

The three men at the center of “Somm” are tremendously likeable. Unlike the snooty wine stewards of yesteryear, Ian Cauble, Brian McClintic, and Dustin Wilson are young, funny, and approachable. If anything, they’re too bro-ish—the friends seem to split their time between studying for the exam and trash talking each other. But it’s refreshing to see sommeliers who would be just as comfortable shotgunning beers in a frat house as evaluating high-end Bordeaux at a French chateau.

It’s no wonder why Brian’s wife, Kristin, describes the three men as “guys in a locker room, with wine bottles.”

The supporting characters are just as endearing.

DLynn Proctor, another exam candidate, isn’t just the best-dressed man in the film—he’s also the most confident. But that confidence evaporates on exam day when he leaves the hotel to find a doctor who will prescribe a steroid to clear his nasal passages.

Fred Dame, America’s first master sommelier, seems cantankerous at first. But it quickly becomes obvious that he’s rooting for every candidate to pass. Reggie Narito, another master sommelier, is cool and calm as he mentors the students—even when it seems as if Ian Cauble is on the edge of a nervous breakdown.

The documentary isn’t without flaws.

Since the men are presented as jocks, the women are relegated to supportive spouses; they do little but clean the “spit buckets.” Casual consumers might be left wondering if wine appreciation requires so much intensity—the film does nothing to demystify wine. Finally, the film relies too heavily on unnecessary flourishes—like shattering wine glasses—to transition from scene to scene.

But this is Jason Wise’s first feature film, so these shortcomings can be forgiven.

Early in “Somm,” Reggie Narito confesses that he’s only cried on a handful of occasions: when his parents died; when his children were born; and when he passed the master sommelier exam.

At first, the admission seems ludicrous. But by the end of “Somm,” even viewers will cry when test results are announced. “Somm” is still playing in a handful of theaters, but it’s easiest found through iTunes, Amazon Instant Video, and Comcast On Demand. It’ll be available on DVD on September 3.