Taylor’s Wharf Lane gets a name and a sign

Posted by: Bulletin Editor December 16, 2009 Comments Off on Taylor’s Wharf Lane gets a name and a sign

Ms. Grumpy at Archer Housing Co-op is quoted as saying to some celebrants at the unveiling: ‘I don’t want this lane’s name changed.’ It was previously unnamed. 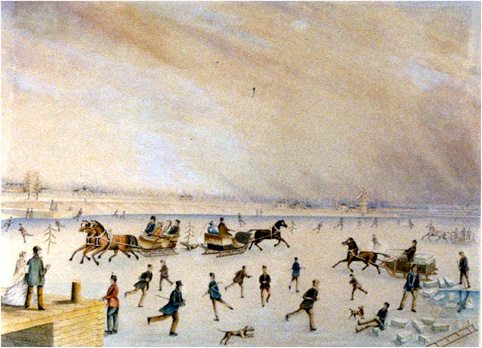 With a flourish and a yank on a golden rope, a previously unnamed and rather anonymous one-way laneway just south of Front St. E. and between George St. South and Frederick St., was dubbed Taylor’s Wharf Lane with a new city street sign proclaiming it.

It was a chilly event. The speeches were mercifully short and another snippet of Old Town Toronto’s history has been reclaimed. Coun. Pam McConnell made the opening remarks, reminding us that this area used to be lakefront. Bulletin columnist and local historian Bruce Bell explained the context and how full of wharves the area actually was in the past, with people even living beneath the wharves, SLNA’s president Suzanne Kavanagh gave credit to SLNA’s webmaster David Crawford for pushing the neighbourhood association to lobby for the street sign, and all drifted away.

The sign was only at the George St. S. junction and McConnell promised that eventually the city would likely put the other one up on Frederick St. Pole troubles, she said she’d been told were to blame.

As for the Taylor brothers for whom the wharf was named, we turn to www.torontohistory.org for some well-chosen words:

In 1855 the brothers James and John Taylor, emigrants from England, began making, in a small factory on Toronto’s Palace Street, the first safes ever produced in Canada. From the 1870s their factory ( J & J Taylor Safe Company or, later, The Toronto Safe Company) was located at the corner of what is now Front Street East and Frederick Streets – 133-147 Front Street East – and they owned a wharf from which to ship their safes; Taylor’s Wharf was located between Frederick and George Streets about where The Esplanade now runs. If you look closely at the west wall of the building you can still see the name “Toronto Safe Company” painted on the wall. These buildings housed the factory until 1959 when Chubb-Mosler and Taylor Safes Ltd. was formed, and a new office and plant were built at Brampton. In 2009, to commemorate the Taylor Safe Company and their wharf the City of Toronto named the laneway which runs behind the building Taylor’s Wharf Lane.