Posted by: Bulletin Editor May 14, 2014 Comments Off on Students real target of Hudak cuts to school support staff

Education cuts proposed by PC leader Tim Hudak put students’ health and safety at risk, jeopardize student achievement and will effectively kill the full-day kindergarten program that has proven to be a boon to families across the province, says Fred Hahn, president of the Canadian Union of Public Employees (CUPE) Ontario. 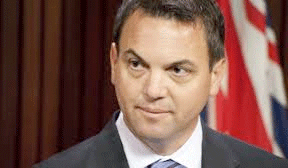 “Cutting 9,700 school support staff will hurt students, and Tim Hudak knows the students who are already at risk are the ones who will be hurt most by his plans,” said Hahn. “He is literally talking about decimating the number of support staff – the custodians, school secretaries, library technicians, psychologists and maintenance workers who keep our schools clean, operating efficiently and keep our students safe.”

Hudak’s plan would see massive cuts to the people who support our most vulnerable children across the system, including educational assistants and child and youth workers. The Tory proposal will also mean fewer early childhood educators working to deliver full-day kindergarten programs for Ontario’s 3- and 4-year-olds.

“Families will be particularly incensed about the cuts to ECEs and teaching staff in the full-day kindergarten program. These changes would completely undermine the educational and developmental aspect of the play-based curriculum,” said Hahn.

“It would, in short, devastate the program while also compromising safety. We are, after all, talking about children who in many cases are under four years of age.”

Hudak’s proposals for a reduction of 9,700 school support staff come on top of the 100,000 public sector job cuts they previously announced, which will lead to longer wait lists and real cuts to many of the vital public services people across Ontario rely on every day, Hahn said.

CUPE is Ontario’s community union, with members providing quality public services we all rely on in every part of the province every day. CUPE Ontario members are proud to work in social services, health care, municipalities, school boards, universities and airlines.