Posted by: Bulletin Editor February 16, 2017 Comments Off on Stuart McLean’s publisher reflects on his passing 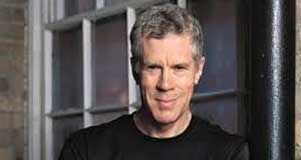 It was announced Feb. 15, 2017 that cherished humourist, bestselling author and award-winning journalist Stuart McLean has passed away. Viking, an imprint of Penguin Random House Canada, has been Stuart McLean’s proud publisher of 14 books over the past 27 years.

In reflecting on Stuart and his work, Nicole Winstanley, Publisher of Penguin Canada, said:

“E.B. White talked about that ineffable place where tears meet laughter. That place where you can’t trust your emotions, where you find yourself falling from one to the other. When we find ourselves there, White said, we find ourselves close to the big hot fire that is truth. With his instantly recognizable voice, wisdom, tender humour, and enormous care, Stuart McLean brought so many Canadians to that truth, laughing and crying along the way. He made us feel as though we were part of his delightfully idiosyncratic Vinyl Cafe family, and in so doing, he brought us all together, connecting us with stories of road trips, musical memories, and neighbourhood adventures. That lovely little family will remain in our hearts, as will Stuart.”

Viking has been McLean’s publisher from the very beginning, publishing his first book, The Morningside World of Stuart McLean, in 1989, a collection of essays that McLean wrote as a columnist and guest host of CBC’s Morningside. It was a Canadian bestseller and finalist for the City of Toronto Book Awards.

Stuart toured widely with the Vinyl Cafe, performing in towns from St. John’s, Newfoundland, to Whitehorse in the Yukon; from Bangor, Maine, to Seattle, Washington. No matter how remote the location or the late hour, Stuart stopped at the local bookstore—because for him, a bookstore felt like home.

Viking and Penguin Random House Canada mourn the loss of this beloved storyteller.