The upcoming federal budget comes in Canada’s 150th year—an important milestone for what is perhaps the most successful country in the world. The evolution of federal finances since 1867 reflects a changing economy and offers important lessons for today regarding the perils of persistent deficit spending and growing indebtedness.federal budget

Canada’s federal government has indeed grown. In 1867, it had a federal budget of $14 million, an expenditure-to-GDP ratio of approximately 5%, a net debt of $75.7 million and a net debt-to-GDP ratio of 20%. Transportation, communications and economic development accounted for a quarter of federal spending and transfers to other governments 20%. Meanwhile, debt service charges were 27% due the newly formed federal government assuming provincial debts. There were no transfers to persons.

Until the First World War, customs duties dominated federal government revenue. The war effort sparked the search for new revenues leading to the creation of the first personal and corporate incomes taxes and the first federal sales tax. Over time, the importance of these three new revenue sources grew and in 2017 it’s anticipated that the personal income tax alone will make up 51% of federal government revenue with corporate taxes comprising 13% and commodity taxes (GST, excise taxes and customs duties) making up 17%.

The 150 years since Confederation have seen the federal government’s primary focus transition from the active economic development of a country grounded in liberal economic principles to an activist role partly aimed at bringing about a more egalitarian society via social spending. Despite the benefits, expanded federal spending in the post-Second World War era—given the subsequent slowing of economic growth, rising interest rates and the absence of more concerted fiscal discipline—ultimately resulted in the 1990s federal debt crisis.

Prudent government spending is useful, such as, for example, the construction of the transcontinental CPR railway where subsidies encouraged the building of a risky transportation project. However, the same strategy also saw over-subsidization of the CPR and substantial subsidies to two other less-successful rail lines. More government spending is not always better and that also applies to deficit financing.

Over the period 1867 to 2017, Canada’s federal government ran a deficit nearly three quarters of the time with the largest deficits-to-GDP ratios during the two world wars and the great divergence between revenues and spending leading to the 1990s debt crisis. Large deficits and interest rates greater than the economy’s growth rate during the 1970s and 1980s lead to a rising debt to GDP ratio and the federal fiscal crisis of the early 1990s.

The important policy decisions when it comes to spending are when to spend, what to spend, how much, and how to pay for it. The wrong answer to any of these questions has negative fiscal implications.

Given the surge in federal deficit financing currently underway in the wake of the 2016 budget, one wonders if the lessons of the 1990s have already been forgotten. While interest rates remain at historic lows, economic growth is also low, making a case for fiscal prudence given the dynamics of deficits and debt. The progress made in reducing the federal net debt-to-GDP ratio below 40% will be largely squandered if we allow debt to once again grow uncontrollably.

— Livio Di Matteo is a senior fellow at the Fraser Institute and professor of economics at Lakehead University. He is the author of A Federal Fiscal History: Canada, 1867-2017.

Previous: Stop trying to grow the economy on a hunch
Next: What is meant when we say God is Holy? 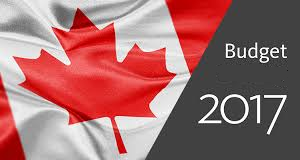