Sitting and restless: Stand against ‘meeting culture’ in Canada

Posted by: Bulletin Editor April 5, 2016 Comments Off on Sitting and restless: Stand against ‘meeting culture’ in Canada

Concerned you’re spending too much time in a chair during business hours? Well, you’re not alone. According to a new survey released by ParticipACTION, the majority of Canadian office workers (63 per cent) are worried about the amount of time spent sitting at work. With a third (32 per cent) of respondents saying they spend too much time sitting in meetings, and one in five committing at least an entire business day (8 hours) a week to meetings, the “meeting culture” is partly to blame for keeping us glued to our seats.

During ParticipACTION’s fifth annual Sneak It In Week—which runs from April 4 to 8—Canadians are encouraged to challenge the social norms at work, including marathon meetings, by taking active breaks, “sneaking in” 10-minute increments of physical activity, and dedicating less time to sitting. Reducing the almost 10 hours a day that Canadian adults spend sedentary will reduce the risk of diabetes, heart attack, high blood pressure and elevated cholesterol, not to mention sore backs and foggy brains.

“Busy schedules get in the way of making healthy choices, but it doesn’t have to be that way,” says Elio Antunes, president and CEO, ParticipACTION.  “If you do something as simple as give people permission to do things differently—like prompting them to stand during a meeting, for instance—research shows they will take you up on it.  We can make sitting less and moving more accepted and expected at work.”

Scheduling a meeting? Here are five tips to change your company culture, one meeting at a time:

Encourage attendees to use existing meeting breaks for physical activity. For instance, invite them to leave the room to go for a walk or take the stairs during a coffee break

Sit on exercise balls or stand during the meeting, rather than sitting on chairs

If you’re scheduling a meeting with a small group, arrange for a walking meeting so that you can sneak in some exercise while you talk

Looking for other ways to sneak it in during the workday? Visit the Sneak It In page at www.ParticipACTION.com for more tips.

About Sneak It In Week

Tagged with: meeting culture participACTION too much sitting 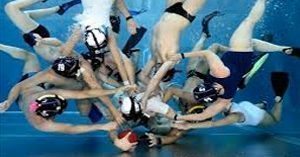