The vast majority of CARP members disapprove of the provisions of the Fair Elections Act when they are described to them (80%), and fully two thirds disapprove “strongly” (63%). Furthermore, a similarly overwhelming number of members say the Act will diminish democracy (79%), and fully two thirds say it will diminish democracy “a great deal” (62%). They want the Bill withdrawn (55%) or amended significantly (22%).

CARP (formerly the Canadian Association of Retired Persons) will be a witness at the Standing Committee on Procedure and House Affairs studying Bill C-23 on Monday April 7th at 7 pm in Ottawa – Room 237-C, Centre Block. 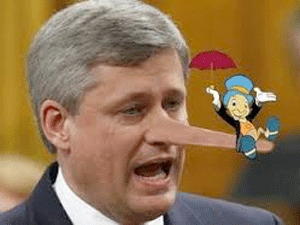 reduced voter participation as a bigger problem than voter fraud. When asked if the measures in the Bill will mostly reduce voter fraud or mostly reduce voter turnout, four times as many say turnout will suffer (63%) as say fraud will be prevented (15%), and fully three quarters say the provision banning vouching as a form of voter ID will create barriers to voting (75%).

Fair Elections Act a ballot issue for CARP members – support for government plummets.The effect of the Bill on CARP support for the government has been dramatic. Electoral preference among decided voters for the Conservatives, relatively steady at 33% two weeks ago, has tumbled to 26% now, putting them close to third place NDP with 17%. In contrast, support for the Liberals has soared from a relatively slim lead at 36% two weeks ago to more than half today (52%), a record high for the Liberals since we began polling CARP members, and a record low for the Conservatives. This is a demonstration of the importance CARP members attach to their franchise.

“CARP members are deeply committed to our democratic institutions especially something as central as the electoral process and this Bill has made them furious, to the point that their traditional support for the government has plummeted. Older voters are considered an important part of the Conservative base so the government should take note of what they say.

CARP members are among the most avid voters and clearly see this Bill as one more attack on their franchise. They reject every one of the major provisions in the Bill and call for it to be withdrawn.” said Susan Eng, VP Advocacy for CARP.

The government has introduced a Bill revising the Elections Act in several ways, including:

Do you approve or disapprove of these proposals?

Will the banning of vouching as a means of voter identification impose barriers to voter participation?

Taken all together, will the provisions of this Fair Elections Act improve democracy or diminish it?

The Liberals have increased their share among decided voters dramatically from 36% to 52%, a new high in our 6 years of polling, while the Conservatives have tumbled from 33% to 26%, a new low for them. The NDP is in third place with 17% of the vote

More than 2700 CARP Poll™ panel members responded to this poll between April 5 and 6, 2014. The margin of error for a probability sample this size is about plus or minus 2%, 19 times out of 20

CARP is a national, non-partisan, non-profit organization committed to advocating for a New Vision of Aging for Canada, social change that will bring financial security, equitable access to health care and freedom from discrimination. CARP seeks to ensure that the marketplace serves the needs and expectations of our generation and provides value-added benefits, products and services to our members. Through our network of chapters across Canada, CARP is dedicated to building a sense of community and shared values among our members in support of CARP’s mission.