Harperites seem set on creating a police state in Canada

Posted by: Bulletin Editor December 2, 2013 Comments Off on Harperites seem set on creating a police state in Canada 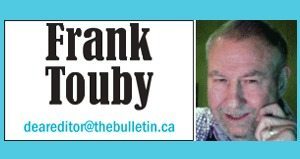 This absolutely isn’t about Rob Ford.

It’s very tempting to go off onto a rant about how our pre-Ford mayor, a Harvard-educated dingbat, makes the current almost former occupant of that office appear prescient.

Actually the likely truth is that Ford accomplished a few more things than David Miller. Don’t ask what they are.

Robbie showed us how horribly treated our city is by the evil crowd who control Queens Park.

David Miller sucked up to them and solicited those abusive ersatz Liberals and won 4-year mayoral and council term from developers’ man and corporate lackey Dalton McGuinty.

(Otherwise we’d have had an election and Rob would be retired to his favourite drug den.)

That was before McG resigned in disgrace, as might happen to Preenmier Kathleen Wynne if she isn’t booted out by voters sooner than her anointment expires.

Be sure to watch the video at the bottom on the coming crash with Max Keiser, Stacy Herbert  and James Howard Kunstler

The only thing worse than a misnamed Liberal regime for Ontario would be a return to the Tories, specifically Tories headed up by one of the main villains in the hateful, ham-fisted tyranny of Mike Harris, who also resigned in disgrace before the end of his term.

Of course, I’m speaking of a key operative in the reviled Harris regime, Tim Hudak.

Many of the former Harris villains are now trying to create a police state in Ottawa to mirror the one in the U.S. that misnamed Democrats are heading up with the help of a banking establishment of both U.S. and foreign criminals too big, too rich, to jail.

Can you picture Stephen Harper in command of his own flotilla of drones with a licence to kill like the one Barack Obama has awarded himself?

Harper’s got enough blood on his hands from the killings in Libya that he eagerly engaged in. And there’s Afghanistan, too. How macho! Blood was shed. He’s made his chops! Now back to chopsticks: piano, please.

How open and transparent The Harper Government® isn’t! Harper pledged, along with a steady stream of lies he told before being elected, that his rule would be visible and accessible. The creepy guy reveals nothing that’s not forced or accidentally disclosed.

He puts massive, unreadable bills together that contain police-state traps and misnames the proposed legislation to something admirable so we don’t see how we’re being abused.

And he’s doing like the Americans do when their troops are back home from war, many crippled in spirit if not body.

Give them nothing but a hard time.

Gotta save taxpayers’ dollars. Right Robbie? (Forgive me: this isn’t about Rob Ford. Sometimes one Tory is indistinguishable from another,)

We have free trade deals Harper made in secret that will absolutely enslave us, steal our sovereignty and impoverish all but the wealthiest and best-connected Canadians.

That was another Tory’s negotiation: the Rightly Despised Brian Mulroney.

Brian’s doing fine. Steve is will continue to do fine. The wealthiest Canadians increased their riches according to the latest calculations. How about you? How are you doing?

The Tories and the Liberals are bookends. We can only pray that the Dippers are able to roll back a looming tyranny of entitled rich and foreign investors who would dominate and diminish our lives in nearly every important aspect.

Get a load of this: