Posted by: Bulletin News April 20, 2016 Comments Off on Rivertowne wants rid of speeders

Motorists are showing apparent disregard for pedestrians in Rivertowne, a TCHC community near Broadview and Queen, and Rivertowners want them stopped.

“The area still lacks a people-friendly street/streetscape that meets the mobility and safety needs of everyone in the community—including children, seniors and people with disabilities,” says a letter from the Rivertowne Traffic Working Group (RTWG) that went to Toronto and East York Community Council.

According to a city report, through traffic is using the community as a short cut to get to Dundas, Queen, Broadview and the Don Valley Parkway.

The RTWG put together suggestions including lowering the speed limit to 30 kph, installing bump-outs and speed bumps and creating “woonerfs” to stop speeders. Woonerfs are something the Dutch use for pedestrians, cyclists and even motorists. It’s a common area for all to use and everyone keeps an eye out for each other.

But a report from the city’s Transportation Services to TEYCC’s April meeting suggests not everything Rivertowners want is do-able. The report cites costs and physical constraints as the reasons.

The report recommends a community meeting be held to discuss “the overall plan and develop a consensus.” City staff would attend to offer technical input.

In its letter to community council’s January meeting the RTWG—composed of Jennifer Lay, Guy Matorin, Michael Waterfield and Mariam Tahalil—said city data collected in 2012 found “numerous” vehicles speeding in excess of 60-65 km on Rivertowne streets in a 72-hour period.

RTWG suggestions, developed over the past few years, to make streets safer emphasized physical barriers to slow down vehicles. “This plan remains relevant as speeding cars and lack of compliance with stop signs and other signage continues to be an issue,” says the group.

City staff suggest bump-outs could work on some streets. They would shorten the crossing distance for pedestrians and slow traffic. But speed bumps would be “problematic” in some laneways because there’s not enough room to install signs to warn motorists of the bumps.

Staff say that woonerfs, a Dutch word meaning “residential yard,” in Rivertowne would not be appropriate or cost effective. Staff also do not support RTWG’s idea for a roundabout at Hamilton and Thompson streets, since that intersection already has 4-way stop signs.

Transportation Services says once a community consensus is achieved and TEYCC considers recommendations then staff will prepare plans for implementation of traffic calming measures.

Things such as signage, pavement markings, speed humps and bumps can generally be completed fairly quickly. But construction of bump-outs and widening sidewalks require detailed design and would have to be integrated into a construction program “and timing is dependent on the availability of staff and budget.” 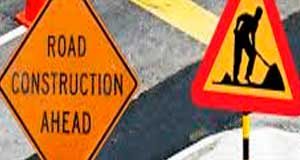