Posted by: Bulletin Editor February 23, 2017 Comments Off on Canada must push forward on electoral reform

If Canada intends to continue to evolve as an inclusive democracy, electoral reform is essential.

In the last federal election, Justin Trudeau expressed the need for electoral reform in Canada. But as prime minister, he recently announced that his Liberal party would not follow through on this promise. He said it’s not important to the majority of Canadians.

In a sense, Trudeau is correct. Only 44 per cent of Canadians who visited a government website to make their thoughts known are in favour of electoral reform. That said, only 24 per cent who responded to the website questions are against it. A significant number of people, 32 per cent of those polled, don’t have clear views on the issue.

To try to understand what’s going on, I looked for contrasting views. What I found is that the greatest opposition to electoral reform comes from the larger political parties. That makes sense. If Canadians chose to reform the electoral process using proportional representation, it’s not very likely that two major parties would take turns dominating Parliament. Countries that use this system normally have coalition governments.

Majority governments are certainly more efficient. Less time is spent in debate and more work is done. The problem is that we often end up with a government that passes legislation perhaps a little too freely. No one is able to hold them in check until the next election, except for the slow-moving judicial system.

Coalition governments aren’t perfect but they are more democratic. An elected assembly is no different than any other group of people. When we take time to listen respectfully to each other, we come up with better solutions where everyone benefits. It’s not insignificant that 14 of the 19 other G20 countries already use some form of proportional representation.

Another criticism to changing our system is that political constituencies would become much larger. We would no longer have one person in Parliament representing us. But this isn’t necessarily a bad thing. Some current politicians represent their constituents very well but others don’t. With larger ridings, we’ll each have more members of Parliament speaking for us – and more people to contact. We may identify more with one member than another. And that’s a very good thing.

It’s also argued that proportional voting is too complicated. People won’t support it because they don’t understand it. It is indeed more complicated than our first-past-the-post system, in which we simply check one box and the person with the most votes wins. But people are capable of learning. The 2009 B.C. referendum on electoral reform easily passed in a mock election in my child’s elementary school. Could it be that the children voted for it because it was explained to them and they could see it was a better system?

There’s a great deal of voter apathy in Canada. And when we look at election results, that’s quite understandable. There have been too many instances of majority governments being elected in Canada with less than 50 per cent of the vote. If you didn’t vote for the winner, essentially your vote didn’t count. Countries that use proportional representation, in contrast, have significantly higher voter turnout, because every vote matters.

Effective people and organizations constantly seek to improve. The same can be said for countries. Canada is using essentially the same electoral process we used 150 years ago, even though much better systems are available.

There are many forms of proportional representation and we don’t yet know which will work best here. It is clear, however, that we need to pressure our government to improve the electoral system so Parliament reflects the values of our diverse population, so Canada can remain competitive in the 21st century. 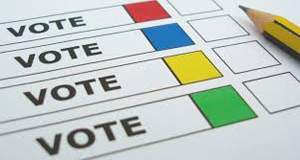