The City of Toronto and the Toronto Transit Commission (TTC) in partnership with Metrolinx jointly announced April 16, 2018 that public meetings will be held on plans for a Relief Line South subway project. The public consultation is outlined in a document issued today called Notice of Commencement and Public Meetings for the Transit Project Assessment Process (TPAP).

“This represents another milestone in the planning and building of the Relief Line,” said Mayor John Tory. “We are committed to building our entire transit network plan, including the Relief Line, to keep Toronto moving.”

The plans for the Relief Line South will be presented for public comment at three public information meetings. Interested members of the public are encouraged to participate in the process by attending one of these meetings to learn more and discuss the project with a member of the project team.

“In recent months the TTC Board has approved critical design, tunnelling and geotechnical work to advance the construction of the Relief Line,” said TTC Chair Josh Colle (Councillor, Ward 15 Eglinton-Lawrence). “TPAP is another important step that builds on this ongoing work.”

As part of the assessment process, an environmental project report will be prepared assessing the environmental impact of this transit project. The report will document the planning process involved and details of the Relief Line South, including existing and future environmental conditions, evaluation process, details on preferred alignment, station locations, construction methods, and impacts along with mitigation and monitoring measures.

Staff from the City’s Real Estate division will attend each of the public information meetings and will be available to speak with letter recipients to discuss the potential impacts.

The Relief Line is being studied in two parts – Relief Line South and Relief Line North. The Relief Line South,  a future 7.5-kilometre-long rapid transit line with eight stations, will give transit riders more travel options by connecting downtown Toronto to Pape Station on the Line 2 Bloor-Danforth Subway. The line will help to relieve crowding on the Line 1 Yonge Subway line south of Bloor, at the Bloor-Yonge interchange station, and on the surface transit routes going in and out of downtown.

The Relief Line North is a northerly rapid transit extension of the planned Relief Line South north from Pape Station with the goal of connecting to existing/future rapid transit in the city, such as Line 5 Eglinton and Line 4 Sheppard.

Toronto City Council’s approval of the alignment and station locations for the Relief Line at its meeting on May 24, 2017 authorized commencing the Transit Project Assessment Process (TPAP) and authorized advancing preliminary design (15 to 30 per cent of it) with a report back on “Class 3” cost estimates in 2019.

More information about this project and a map that shows the alignment of the subway line are available at http://www.reliefline.ca.

Previous: The hard truth about CPP’s failures
Next: 12 air-purifying plants that clean your air 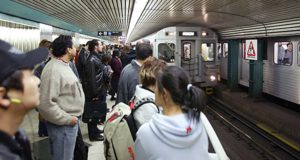