Dammit! I was born too soon

Posted by: Bulletin Editor July 2, 2017 Comments Off on Dammit! I was born too soon

Is it an impossible dream to find Ponce de Leon’s Fountain of Youth—longevity? No! I’ve just attended my 67th reunion at The Harvard Medical School (HMS) and, while interviewing Dr. George Church, I discovered it is no longer science fiction.

Dr. Church, Professor of Genetics at HMS, one of the world’s great scientists, predicts we are about to end the aging process. In the next five years no less! That’s why I say “Dammit! I was born too soon.”

Is Church too optimistic about longevity? Maybe, but when you see his 6-foot 5-inch body towering over you, with his white beard, it’s like talking to Charles Darwin or even Jesus Christ.

Just walking through his huge laboratory is an awesome experience. Church’s longevity research facility has over 100 researchers and you inherently know something very special is happening. 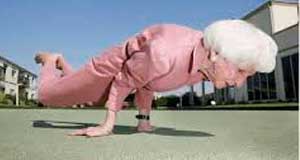 Church claims our aging population is one of our major health problems. He explains that,] if all our gray hairs could be rejuvenated, the discovery would keep people working, averting an economic disaster.

So how is he going to achieve this? It’s a complicated technique. But basically, it’s by creating molecular scissors that enable researchers to cut, edit and reprogram our DNA. Genes are part of our DNA and genes determine the colour of our eyes, our sex, intelligence, in fact just about everything. During this editing, cells that cause unfavourable genetic changes are removed. Church says that once this technique is perfected, old cells may be rejuvenated and will never age again.

Church’s molecular engineering is currently being done on animals. One project is to genetically engineer mice on Nantucket and Martha’s Vineyard that would eliminate Lyme disease. The researchers have also altered pig genes so that their organs can be transplanted into patients without being rejected.

Another Godsend of Church’s research is the ability of doctors to eradicate the genes that cause cystic fibrosis and other genetic diseases, those that condemn patients to a life of hell or early death.

Church is also turbocharging genetic engineering that may result in cures for cancer and developing better food crops. He says it will not be too long before you can fuel up your car without worrying about polluting our planet. Rather, fuel will come from microbes that have been genetically altered to produce biofuel.

Like any genius, Church has critics. They say he is playing God. But Church insists he is simply re-engineering cells and this is what distinguishes us from animals.

Does he worry about the implications of genetic engineering? He answers with a big “Yes.” But he adds, “There is a dark side to everything in life. After all, cars kill people every year, but we don’t stop producing them.” Ting Wu, Church’s wife, also a Harvard geneticist, claims he exhibits a huge sense of responsibility. He makes sure the public is aware of the research he is doing.

I asked Church, “Does this mean the end of babies if no one dies, and what about overpopulation?” But he says there is still ample land and even suggested the possibility of people sharing children!

As I left his laboratory I was convinced critics will never end their cry that he is playing God. But that his research will be a blessing for those with genetic defects. That science always wins, as you cannot stop progress. And what a pleasure it was for me to have interviewed a scientist who is destined for the Nobel Prize. And wished fate had postponed my birth a few more years!

Return visits to HMS are now emotional for me as few classmates are alive. Inevitably, I recall the first time I arrived at the HMS. It was a beautiful night with a full moon shining down on five stunning white marble buildings. I knew then, as I know now, that incredible achievements would emerge from that institution.

I couldn’t believe I’d been accepted as a student. Nor did I realize I would be fortunate to spend most of my surgical training at HMS. Or that aging would one day be eradicated there.

Harvard’s motto is, “Truth.” In the 41 years I have written this column I have kept that word in mind.

Dr. Gifford-Jones is the pseudonym of a Toronto Harbourfront resident physician

Previous: 20 things you must know about Canada’s flag
Next: Deputy Mayor Pam McConnell dies in hospital