Profiting off our need for family and children

Posted by: Bulletin Editor February 24, 2017 Comments Off on Profiting off our need for family and children

I remember the first time a friend said she would consider having a child on her own via in-vitro fertilization (IVF). We were sitting on her balcony in midtown Toronto having a coffee roughly 12 years ago. She was at least a nominal Catholic and while dating wasn’t working (neither of us was in a relationship, forget about married), neither of us were too upset about our single status.

We worked out together, dined together, hung out and made weekend trips. We were friends, though she was five years older.

I knew her well, so her confession surprised me—almost as much as if I had been the one making it.

I had not yet felt any pangs of longing for children. Those would come. And while they never led me into the domain of single motherhood by choice, it became clear to me that it’s via a sincere longing for children when dating doesn’t work that people end up toying with what are undeniably negative means of family formation.

The latest bad family formation idea, recently highlighted by the CBC, is that of living apart but raising a child together. A website will bring people together for the sole purpose of having children. The couple that has the child won’t be married, or even in relationship, but they will co-parent.

Why is this a bad idea?

For one, the website is profiting off the modern malaise that many women and men face. People want families. They want children. They want a life partner and very often they want marriage.

These natural desires have not really changed in spite of modern mores but they have become difficult to attain. The reasons are many but the business model encouraging co-parenting doesn’t care. It’s about making money off our hopelessness, our loneliness, our longing.

Secondly, it’s negative because it encourages the idea that children will endure any family situation happily. Fortunately, children are somewhat malleable. There are, however, better ways to start a child off in life and, difficult though it may be to hear this, in the realm of social science research nothing has replaced the gold standard of a mom and dad raising their own children.

Renowned sociologist Paul Amato says, “On average, children in all other family types fare worse on a wide range of outcomes than those raised by both of their biological parents.” We take for granted the existential security provided even by the most average of biological parents. Anonymous Us represents a growing army of children finding ways to cope with not knowing and not being heard.

Finally, it’s negative because it encourages notions of children as a consumer good. Those who can’t have children naturally can simply go out and get one. Somehow. Anyhow. IVF. A website providing partners as co-parents. A sperm bank. A surrogate. Children are now being held up too high on a pedestal. They will be had at any cost.

It can only be a form of hopelessness that pushes us to use a website in search of a co-parent instead of seeking out and waiting for a loving relationship. It’s only without hope that anyone could seek to skip marriage and fast-forward to what is essentially the arrangement of divorced couples everywhere.

I understand why my friend considered single motherhood by choice. I understand why some would choose to use an online application that promises the co-parent rather than a mom or dad in lifelong, loving partnership.

I understand it but I don’t accept it as a positive development. I won’t herald it as anything other than a dangerous development that capitalizes on adult pain.

And from the child’s perspective, would you want a co-parent or a mom and dad?

Previous: Profiting off our need for family and children
Next: Snuffing out vaping is counterproductive

Profiting off our need for family and children 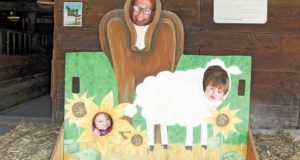 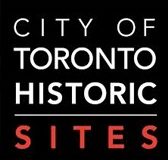