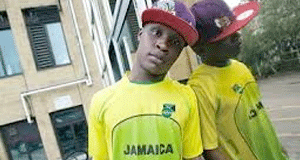 You might think mayoralty candidates would be the first to jump on any cases of racial discrimination and issue strong condemnations. Apparently not.

The most egregious examples of persistent discrimination against people on the basis of the colour of their skin are by the Toronto police. For more than a decade police have targeted young black men for stopping and questioning at a rate three times that of young white men. The practice is called carding.

In 2011, Toronto police stopped young people, mostly young black males, some 300,000 times requiring them to answer questions—name, age, address, are your parents separated? What school do you attend? Who are these people you are with? The information was written on a form called a 208 card and then entered into a computer. It’s the same process used since 2005, and continued into 2013.

Since early 2012 when the Toronto Star published carding information gained by Freedom of Information requests, there has been a strong move to get rid of the practice, but the police service has strongly opposed this change. The Toronto Police Board decided in April 2013 that officers would be required to issue receipts to those stopped: that is, a piece of paper giving the name and badge number of the officer and the reason for the stop.

In 2013, youth crime in Toronto declined by 25%. Maybe that decline was unrelated to the fact that police had almost entirely stopped carding because of the need to give a receipt, but there’s no other easy explanation. Youth crime across Ontario dropped, but only by 11%. Maybe when police didn’t have carding to rely on as an easy way to frisk youth, search knapsacks and pockets, and generally make youths uneasy, they didn’t have any reason to charge them with crimes.

But the police board wasn’t satisfied with what Deputy Chief Sloley had proposed and asked civil rights lawyer Frank Addario to give his advice on carding and what should be done as an alternative.

Addario has now said that the police can stop anyone they want, but to comply with the Charter of Rights and Freedoms they must begin the conversation by telling the person stopped that they need not answer any questions and can leave at any time. He also said that racial profiling should not occur and he designed policy guidelines along these lines. The police board has scheduled a meeting on April 8 at police headquarters to hear public reactions to this proposed new policy.

Requiring a receipt from officers is obviously something that works well. Carding has largely stopped and youth crime is way down. What more do you want?

Well, police think carding is a good thing. By getting the names of youths who happen to be on the street together—walking home from school, going to a sports event or whatever—police say they learn about networks of youths who know each other.  Information is lodged in a computer program they say they use to solve crimes. One police manager has judged officer performance on the numbers carded, saying the more an officer carded, the better an officer was performing.

But carding has a strong racialized bias, with young blacks stopped much more frequently than young whites. The effect this has created is a social control by police over racialized communities, something those in the black community said has destroyed any trust in the police young blacks might be expected to have.

The fact that carding has been going on for more than a decade in Toronto means there’s a great gulf of mistrust between the police and young blacks. Addario is clear that as practised, carding has been contrary to the Charter of Rights and Freedoms. Surely this means that simply trying to smooth the edges on a failed program, as proposed by Sloley, will do nothing to restore trust between the police and young blacks. It makes more sense to require officers to provide names, badge numbers and the reason for a stop. That’s the one thing which has made things better and reduced crime in the last year. Why can’t a mayoralty candidate step forward and, in the name of stopping racial discrimination, say that?

John Sewell is a former mayor of Toronto.

2014-03-24
Bulletin Editor
Previous: Let’s make all our votes count and have meaning
Next: A common-sense resolution to revive our economy