Pedestrians of Downtown TO @ Yonge & Charles

Posted by: Bulletin Editor November 7, 2017 Comments Off on Pedestrians of Downtown TO @ Yonge & Charles

Inspired by the vibrant Yonge Street corridor, the corner at Charles has become the site of a new mural by local artist Dave Setrakian.

Torontonians and city visitors will be able to enjoy this joyful, bright, and uplifting artwork with a pinch of humour and irony. Setrakian’s piece, Pedestrians of Downtown Toronto, depicts people from all walks of life crisscrossing each other on Toronto’s busy streets. Despite their differences, these same people compose a harmonious and colourful city.

Using a playful style, the artist depicts the different details of street life in an authentically human light. Viewers passing this installation can easily spot a relatable character in this charismatic work.

This 640 square foot mural has been created in collaboration with JMC Building Developments, as an homage to the people that make this city so unique. The work has been created in response to recent City of Toronto legislation that requires community artwork to be installed on local construction sites and developed in collaboration with STEPS, a charitable organization that connects developers with local artists in an effort to enhance the public realm. 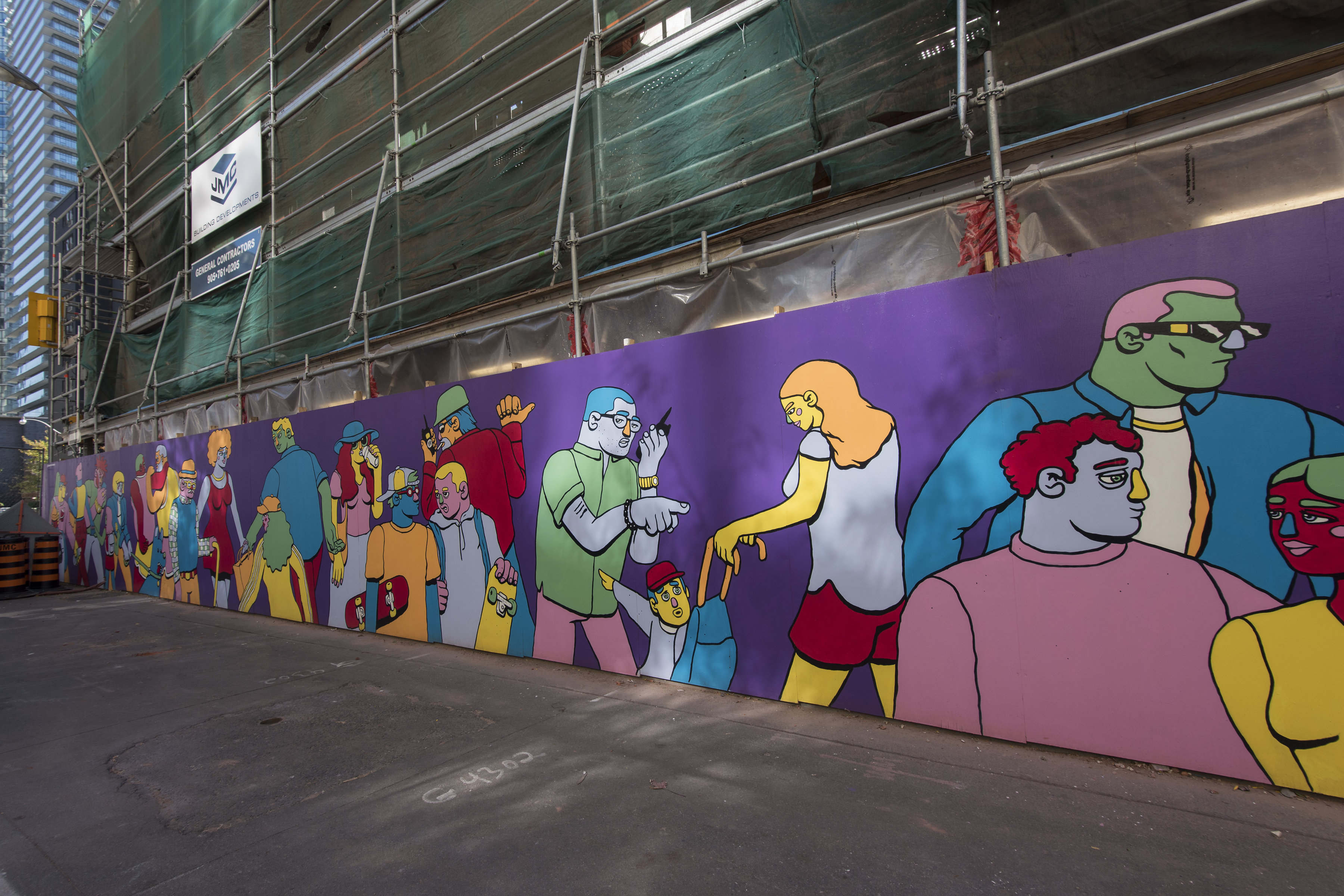 Dave Setrakian is a self-taught Toronto-based painter and illustrator, whose work has been featured in galleries across the city, as well as various publications. His work incorporates metaphors of gossip & satire, contrast & comparison, and social & political ideas.

This installation is part of a larger initiative by the STEPS Initiative, via their PATCH Project.

PATCH is an initiative that installs permanent and temporary art in underused spaces, like construction sites, strengthening community ties and beautifying the streetscape while building the capacity of emerging artists to exhibit in the public realm. PATCH’s proceeds fund community arts and programming for youth in some of the city’s most underserved communities through its host charity—The STEPS Initiative.

JMC Building Developments (2011) Ltd. has been operating in the Greater Toronto Area since 2002 undertaking sizeable and challenging construction projects for a myriad of retail, design/build developers and corporate clients.