Our blunder of electing Ford will keep harming us

Posted by: Bulletin Editor December 9, 2013 Comments Off on Our blunder of electing Ford will keep harming us

City council has censured Mayor Rob Ford by stripping him of many of his powers and staff.  It was a move that tried to signify to the world that council finds Ford’s unlawful, lewd and erratic behaviour both disgusting and unacceptable.

Will that be enough to contain the harm? 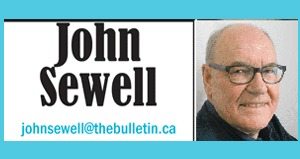 The mayor has two functions in Toronto. First, his city-wide electoral mandate means his voice carries more weight than others, and thus he’s seen as a spokesperson for the city whatever his status on council.

Ford has played this card well on his own behalf, often giving voice to conservative positions that city council doesn’t endorse, particularly in the field of cutbacks and expenditures, in an attempt to influence public opinion.

Ford recently said he was against an arrangement, negotiated with a developer, for several dozen assisted housing units incorporated into a market condominium on the waterfront, even though it is something city council previously authorized in principle and will probably approve in detail.

It’s the best way to include assisted housing, as we know from the successful St. Lawrence Neighbourhood.

Ford as mayor, however disempowered, still has that voice. Deputy Mayor Norm Kelly might now possess many of the mayor’s powers, but with Ford still there he has little status.  Like it or not, we will still be hearing the loud and unfortunate voice of Rob Ford trying to shape the way we look at issues.

The second power is the mayor’s ability to raise to public prominence issues that aren’t on the public agenda.  (He has certainly done that in respect to drugs, consorting with criminals and being a role model everyone distains.)

But Ford has rarely used this power in a positive way, which is what a good mayor should do. With the devastation and loss of life because of the typhoon in the Philippines, there’s a perfect opportunity for the Mayor of Toronto to make the link with our large Filipino community by suggesting that the city should play a strong role in encouraging immigration to Toronto as was done more than three decades ago with the Vietnamese “boat people.” It would be a natural in Toronto but because Ford is the mayor it’s not brought forward.

Similarly, he’s the one who could crystallize the issue of carding, now before the Police Services Board. Carding involves police stopping youth and asking a series of detailed questions, the answers of which are fed into a gigantic database police keep on youth in Toronto. The Toronto Star has shown that blacks constitute a large share —more than three times larger than their population—of the 250,000 youth stopped each year.