Old Town singer gets cozy with Cosi; takes the stage at the Four Seasons Feb. 7

Posted by: Bulletin Editor February 7, 2014 Comments Off on Old Town singer gets cozy with Cosi; takes the stage at the Four Seasons Feb. 7 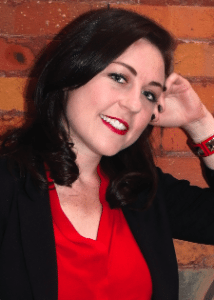 The Canadian Opera Company (COC) has a laudable philosophy of getting them while they’re young and helping them at every stage of their emergence from the chrysalis.

The COC runs the After School Opera Program for musically talented kids ages 7 to 12, who create their own mini-operas (as featured in a Bulletin article in 2011). The COC then helps them take the next step: it has a program for newly-fledged professionals called Ensemble Studio where the rising stars sing in a special production of one of the COC’s season performances at the Four Seasons.

This year’s Ensemble Studio members will perform in Mozart’s romantic comedy Cosi fan Tutti, directed by famed Canadian director Atom Egoyan, and with the full COC orchestra and chorus, under the direction of COC music director Johannes Debus. The performane is scheduled for Feb. 7.

St. Lawrence resident and mezzo-soprano Charlotte Burrage will take the stage as Dorabella, one of the couples in Mozart’s romantic “laboratory.” A native of Sweaburg, Ontario (near Woodstock), Burrage has been exposed to music and musical opportunities from early childhood.

Burrage realized early that singing and specifically opera was what she really wanted to do. She took her BA in opera and MA in voice performance from U of T’s music faculty, followed by two years in the opera diploma programme at University of British Columbia. While out west, she performed the roles of Cendrillon (Cinderella) in Massenet’s Cendrillon with the UBC Opera Ensemble and Hansel in Humperdinck’s Hansel and Gretel with Vancouver Opera in Schools, as well as Dorabella in Cosi fan Tutti at the Banff Centre’s Opera, the role she is now reprising with COC.

Since graduating from UBC in 2011, Burrage has been busy. After graduation she toured Eastern Canada for nearly a full year with Jeunesse Musicales Canada, also in Cosi. Over Christmas, she performed Messiah with Orchestra London. In November 2012 she won her place with Ensemble Studio from among ten finalists, and straightaway found herself plunged back into Cosi, this time under Egoyan’s direction.

“This is my third production as Dorabella,” Burrage told The Bulletin. “I seem to keep straying back to Cosi fan Tutti. But working with Atom Egoyan and experiencing the rehearsals with the main company is an amazing experience.”

Aside from her lead turn Feb. 7, she also understudies Wallace Giunta in the mainstage production, which runs until Feb. 21.

An operatic singer has to become accustomed to singing in several languages, usually none of them English, and they must sound fluent even if they aren’t. Burrage speaks French, and has had a chance to polish it with Musicale Jeunesse. Language and diction coaching is a big part of rehearsing a piece.

“I work really hard at that and I think it’s really important. Mozart is wonderful, he puts everything into the music and if you sing and pronounce it as you see it on the page its really fantastic.”  She has sung in French, German and Italian, and is looking into Russian.

As a mezzo-soprano she finds herself most comfortable with singing in German. “They’re distinctly different colours. I find it hard to keep the vowels forward enough in Italian, but I love singing in German. The vowels are just a little bit darker compared to Italian.”

The life of an opera singer isn’t a stay-at-home existence. Burrage moved here only last May from Quebec and hasn’t had time to accumulate many of the accoutrements of home. “No dog, no cat…” But when she can, she loves throwing dinner parties.

And she loves water sports. “Growing up in Woodstock, I was on a competitive swim team for about six years and also on a recreational rowing team and a dragon boat team. I just loved it.”

She hopes to be able to find time to return to the water, but, as she says, one of the problems of a singer’s life is it is night work and rowing practice starts very early.

The Ensemble Studio production of Cosi fan Tutti is Feb. 7. Tickets are $25 and $55. For information on mainstage and Ensemble performances, visit www.coc.ca.