‘Very significant traffic and safety issues need to be addressed first, before any plans for expanding the Island airport are considered’ 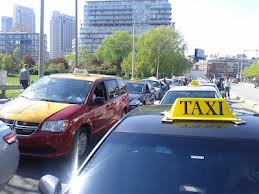 The Bathurst Quay Neighbourhood Association (BQNA) has officially declared its opposition to amending the Tripartite Agreement to allow jets at the Island airport, and has endorsed the “NoJetsTO” activist campaign. The organization’s Chairman William Molls made this clear to the City of Toronto Executive Committee July a3.

At the BQNA annual general meeting May 23, 2013, community members expressed their overwhelming opposition to allowing jets to use the Island airport. Concerns were raised with permanently extending the airport runway, increasing the number of flights, as well as ongoing issues with the airport relating to excessive noise, pollution, land use and traffic congestion, which the BQNA feels have not yet been sufficiently addressed by Porter Airlines or the Toronto Port Authority.

Of particular concern is the Habourfront Community Centre and Waterfront School building, which sit beside a new taxi corral. The dramatic increase in traffic along the street endangers students, who must walk directly into the path of vehicles coming and going from the airport. As well, the nearby intersection of Bathurst Street and Lake Shore Boulevard West is already considered to be among the most dangerous and confusing in the city. The BQNA strongly feels these very significant traffic and safety issues need to be addressed first, before any plans for expanding the Island airport are considered.

c. We’re proud to say that we support the NoJetsTO campaign. We strongly encourage Toronto City Council to do the right thing, to respect our community’s health and safety, and to reject this proposal to allow jets at the island airport. I look forward to addressing the Executive Committee today about this important issue.”

The Bathurst Quay Neighbourhood Association is a non-profit organization that advocates for residents in the Bathurst Quay neighbourhood. NoJetsTO is a grassroots, citizen-led campaign opposed to allowing jets at the Island airport.