What you must know before cataract surgery

Posted by: Bulletin Editor July 17, 2017 Comments Off on What you must know before cataract surgery

Do you remember this Holiday Inn ad? “There Are No Surprises at the Holiday Inn.” But, unlike Holiday Inns, there’s no such thing as surprise-free or risk-free surgery. To get an update about cataract surgery I interviewed Dr. Raymond Stein, Medical Director of the Bochner Eye Institute and Associate Professor of Ophthalmology at the University of Toronto. 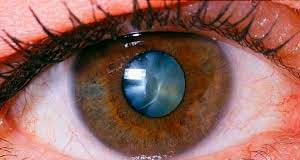 Laser surgery is nowadays the most effective and popular cataract treatment.

Today, by age 80, half of North Americans have developed cataracts. The only good treatment when visual loss finally affects quality of life is to have a foggy lens removed and replaced with another one. Today, due to improved surgical advances, it’s possibly the safest surgery performed.

But I also receive reports from people who are not pleased with their altered vision. Some wish the cataract surgery had never been done. So I asked Dr. Stein what can go wrong, so patients won’t have surprises.

Stein says that infection is always a concern. But now eye incisions are only a few millimeters long so infections are rare. Fortunately, when they occur, the majority can be treated with antibiotics. But on rare occasions an eye is lost.

This is why one should always remember this fact of life. There may be only one chance in thousands of losing an eye, but if the gods say it’s going to happen to you, it becomes a 100% hit. You might conclude it would have been prudent to delay surgery. But delaying surgery is also risky. Foggy vision can result in falling, fractured hips and death.

Stein says that retinal detachment is another serious complication. But luckily, it’s also a rare one. The retina, the back part of the eye, transmits images to the brain. So if the retina becomes detached, vision is impaired and it can lead to blindness. If this complication happens the retina can be re-attached by gas injection, laser therapy or by other intraocular surgery.

Stein lists yet another complication. Displacement of the lens. The new lens is normally held in place by what’s called, the posterior capsule. But just as joints can become dislocated so can the lens. This may happen many months later and require another operation.

Sometimes these problems are an act of God and could not have been prevented. But as I’ve stressed for years, it’s prudent to always go to surgery with a first-class ticket. Why? Because it’s been aptly said that, “practice makes perfect.” This is true whether you’re a plumber or cataract surgeon. So I asked Stein how many cataracts he had performed. His answer? 50,000 over the last 30 years! That’s a lot of practice!

You say that, as a lay person, it’s easier said than done to find a first-class surgeon. I agree it’s never easy. But here’s a medical tip. If you’re fortunate enough to know a scrub nurse who hands doctors instruments day after day, ask her. You will never find a more reliable source.

Since prevention of cataracts is better than a cure, wear sunglasses to decrease the effects of sunlight. Living close to the equator increases risk of cataracts. So does high altitude. The people of Tibet have the highest rates of cataracts in the world. And be sure to use protective glasses for tennis and other sports.

What about the use of vitamins? The cornea and lens have the highest concentration of vitamin C in the body. In one study those with low levels of C had 11 times greater risk of developing a cataract. So for years I’ve taken daily high doses of vitamin C powder, partly for eye protection.

During the interview Dr. Stein mentioned a very interesting point. He said, that “patients at the Bochner Eye Institute are offered a choice of either the traditional cataract operation or the new laser surgery.”

I asked him the logical question, “What type would you choose?” His quick reply, “Laser surgery!” He added, “I’ve also used the laser procedure on the last 25 ophthalmologists.” I quickly concluded what’s best for ophthalmologists is also good for the rest of us. That’s medical tip # two.

What a horrible way to start the day!