Mike Comstock: BIAs are spicing up our core

Posted by: Bulletin Editor September 5, 2006 Comments Off on Mike Comstock: BIAs are spicing up our core 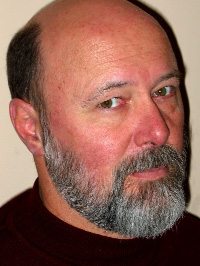 It’s back-to-school season and once again the weather turned just as St. Lawrence Market’s Buskerfest was in swing.

Downtown East was popping with street events this summer. There was a large turn out at Quay to Toronto, to see the style of street architecture that will be used to improve the waterfront. It works, people enjoyed it, but somehow it will have to be done without paid-duty police officers stationed at each hotel, service driveway, and condo entrance. Traffic congestion will need to be studied.

The sidewalks and bike path were so full at prime time, that they will need crossing signals at the driveways.

But, how great is it, that this inexpensive installation, can make the waterfront open up? This is the way to go! All you need to do is normalize Lakeshore Blvd. for crossing the street (and use lots of potted geraniums). Compare and contrast this with $2 billion, 5-year plan to tear up Gardiner Expressway.

Several other public place improvements are occurring in Old Town Toronto. The St. Lawrence Market Neighbourhood BIA has struggled along for the past 10 years with one of the smallest budgets in Toronto’s BIAs and by the support of several volunteers. BIA events, flower baskets, Christmas decoration and street renovations have greatly improved the look and feel of the area. The expansion of the Market BIA’s catchment area has just been approved by a vote of the commercial tax payers. It now includes the King St. and Yonge St. southeast corner, to the Novotel Hotel and back to The Esplanade and Front and George streets. Queen East is attempting to set up a BIA in the Old Town, on Queen St. from Victoria to the Don. Market Management has secured some budget dollars for architectural lighting of St. Lawrence Hall. We hope to see lighting in place as daylight dwindles down to fall. Inside, construction has begun on the first new bank branch I have seen in ages.

The Royal Bank is building in the corner at Jarvis and King St. E. The ATMs will be in the Visitors Centre, signed “Citizens for Old Town.” Old Town Toronto 1793 tourism group is moving into St. Lawrence Hall shortly, but is still alive online at www.oldtowntoronto1793.com. There is also an Old Town blog online for Old Townies. Alan Seymour, Old Town’s director, says the visitors centre inside the main doors of the hall should greatly enhance public access and value of this terrific heritage building.

The Old Town Toronto 1793 Alliance has joined with Bloor-Yorkville BIA, the Entertainment District, Downtown Yonge BIA and the Church-Wellesley Village BIA to promote visiting the Downtown core. It is hoped that each area will have its own visitor centre. This Downtown Alliance plans to counter the negative media patter about parking tickets, congested roads and beggars with a positive idea to come and enjoy the urban Toronto.

And then, some time next year, the most important public building in Old Town, the 204-year-old traditional Farmers’ Market, may be reborn. It will be the sixth farmers market building at this site.

Did you know that the city makes house calls annually, on the farmers, to make sure they are actually raising the produce and meats we can buy there? It’s so old, yet so fresh; it’s the local “slow food.” The best food.

PS. If you want to see something really stupid, go The Bulletin’s website at: www.thebulletin.ca and look at the photo I took of what I call the Boob Tube in Berczy Park, courtesy of Toronto Hydro.