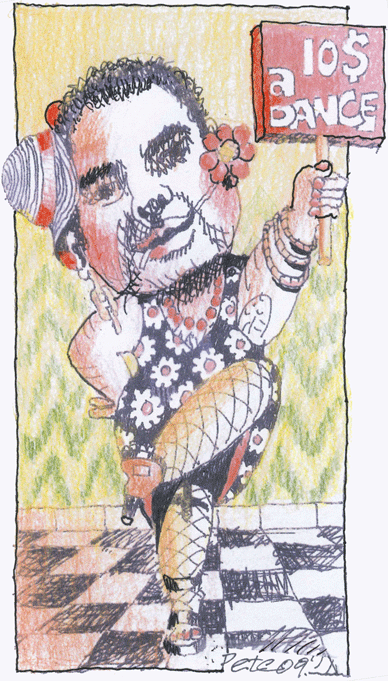 Councillor Giorgio Mammoliti, a supporter of Mayor Rob Ford for the past few years, told Toronto city council that all councillors should be forced to submit to random and perhaps regular blood tests for illegal drugs.

Earlier Mammoliti spoke to the issue of Ford’s drug abuse by suggesting the mayor take a leave.

The pair haven’t always had a friendly relationship and in earlier councils they bumped elbows a lot.

Ford was notable for calling Mammoliti “Gino-boy,” a reference to Mammoliti’s being of Italian ancestry. They have made up since Ford’s elelction as Toronto mayor and has become a supporter of the mayor and is a member of the Ford-selected Executive Committee of city council. It was Dalton McGuinty, the disgraced ex-premier of Ontario who, before resigning prior to the end of his term, granted some outrageous powers to former Mayor David Miller, including an additional year to the mayor and council term.

Ford, who has been bucking the issue of going into treatment and taking a leave, said he’s going to do the job taxpayers voted him to do and that’s to save taxpayers money.

He claims to have saved “millions and millions” of taxpayer dollars during his scandal-ridden reign at city hall.

There are councillors who dispute that and suggest he is as overblown in his claims as he is in his weight and bluster.

Councillors sought to get Ford to agree to take a leave of absence and get treatment for his alcohol and drug-abuse habits, but he thinks that would be a bad trip and refuses.

Ford tried to move that councillors be subjected to random hair and nail samples for drug use. It went nowhere.

He continued to bluster about what a magnificent job he has done not spending taxpayers’ money and saying, over and over: I’m sorry! That’s all I can say!