Posted by: Bulletin Editor March 24, 2017 Comments Off on Let’s stop living in health-care funding past

How much should the federal government pay towards health-care costs? 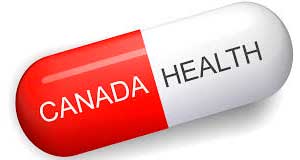 health accord agreements have been reached, one-by-one.

There’s considerable scope for inflating or deflating the numbers on both sides. The simple solution often repeated is that health costs should be shared between the federal government and the provinces 50-50.

But this is far from simple and very misleading.

The old model of shared-cost financing (with the federal government paying about half) has not existed since 1977. At that time, the shared-cost model was replaced with a block transfer of funds—with roughly half of the new transfer being in the form of tax points. The federal government reduced its tax rate, allowing provinces to increase their rates without any net effect on the taxpayer.

To make matters more confusing, the block transfer (called the Canada Health Transfer) is not earmarked for provincial health ministries to spend on health care. Instead, the transfer goes into provincial general revenue—and it’s up to the provinces where and how they spend it.

This funding system makes it impossible to know whether a Canada Health Transfer dollar from Ottawa ends up being spent on health care.

Additionally, the cost-shared model didn’t cover all provincial health expenditures. Federal money was directed only to universal coverage for medically-required hospital and medical-care services. This still applies—the Canada Health Act definition of insured services only requires provinces to cover hospital and medical-care (largely doctor) services, although they can (and often do) go beyond that.

So how much does the federal government contribute to health care?

If we very roughly estimate the federal contribution to provincial spending on hospital and physician services—without counting the tax points or including all provincial health spending—we end up with a federal cash contribution of close to 30 per cent.

Why, then, is there the perception of a funding crisis? Why are the provinces crying foul when it comes to health-care funding?

One key reason is that how we deliver health care has changed.

There are no national standards or conditions on covering these services.

Researchers have long pointed out the potential for improving outcomes and cutting costs if provinces and territories worked together to identify and implement best practices and potentially gain buying power. Some of this is now, thankfully, beginning to happen (e.g., purchasing pharmaceuticals on a national basis).

So rather than squabbling over whether the federal government is contributing its fair share, it’s time to move on. We need federal and provincial governments to talk about the important areas of health care never required to be covered by medicare. This is particularly pertinent as technology allows more care to be delivered by non-physicians in homes and in the community.

Provinces are spending more in health arenas outside of the Canada Health Act, with considerable coverage variability across jurisdictions.

Our governments need to work out a 21st-century health arrangement. Filling these gaps with better and more cost-effective coverage should be the focus of first ministers.

Targeted funding for some of the home care and mental-health programs in the bilateral agreements could be a first step. But they still omit critical cost drivers such as pharmacare, dental care and rehabilitation.

It’s time we started constructing a better health-care future for all Canadians.

— Greg Marchildon and Raisa Deber are expert advisers with EvidenceNetwork.ca and professors in the Institute of Health Policy, Management and Evaluation, University of Toronto.

What Australia can teach us on health care 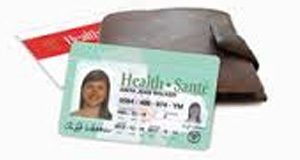